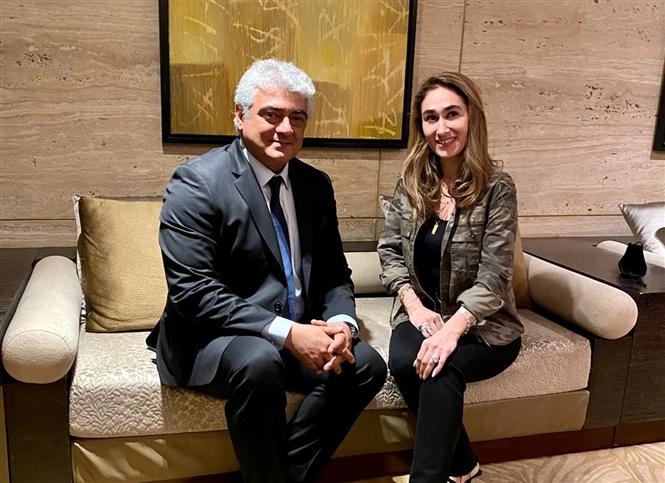 Actor Ajith's love for bikes is no secret and recently he met with Dr. Maral Yazarloo at New Delhi to get tips for his own motorcycle tour around the world. Iran born Yazarloo who currently resides in Delhi holds the record for the highest mileage on a super bike for ladies and in March 2017, she ventured out on a world tour on her bike with no backup or team.

The ride started from India and through 18 consecutive months, Maral covered 64 countries and travelled over 110,000 km. She married Alexander William Pattrick in October 2017 during this world boke tour and for the last 6 months of her ride, she was pregnant [Her daughter, Nafas Elizabeth Pattrick was born in November 2018, two months post her world bike tour].

Sharing a picture of Ajith and Maral on social media, Ajith's manager wrote, "Ak met up with her in Delhi to know of her experiences and seek her suggestions to enable plan his motorcycle tour around the world in the coming future." It is worth mentioning here that Maral is also the first lady owner of a Harley Davidson, Ducati and BMW GS motorcycles in India.