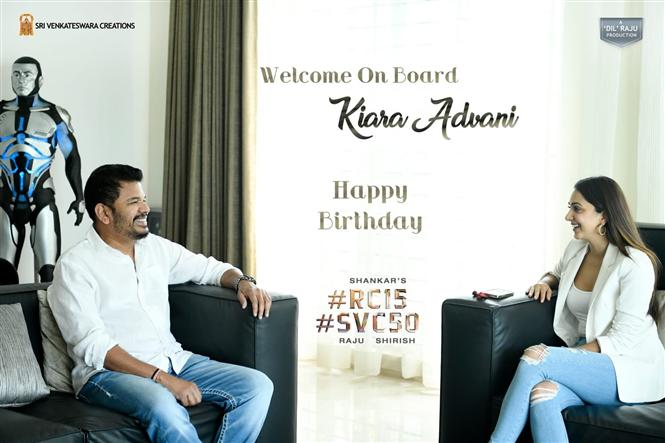 Marking the occasion of Kiara Advani's birthday today, Sri Venkateswara Creations has officially announced that the actress is on-board their 50th production, which is directed by Shankar and stars Ram Charan in the lead.

MovieCrow had reported back in April that Kiara has been finalized as the project's female lead which tentatively goes by RC 15 and SVC 50.

The film has S. Thaman for music and will go on floors by mid of August, 2021. RC 15 plans to wrap shooting by Summer, 2022 and release in Telugu, Tamil and Hindi.