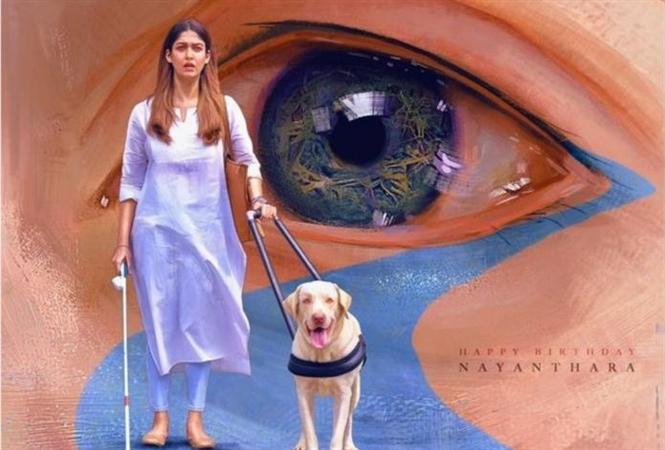 Last month we have reported that Nayanthara starrer Netrikann which is a production venture of Vignesh Shivan's Rowdy Pictures, is all set to release directly on OTT platform skipping theatre release. We has also reported that the makers were in talks with Amazon Prime Video streaming platform.

However the latest update is that an another leading OTT platform Disney Plus HotStar is said to have locked the deal. Currently the film is planned as a Dusshera 2021 (Friday, 15 October) release. An official confirmation is however awaited.

Netrikann directed by Milind Rau is a thriller that involves a David and Goliath battle between a serial killer who targets young women, and one of his targets who is blind and all alone. The movie also stars Ajmal, Manikandan and Saran among others.