Chellam Sir Meme fest just got a nod from the Government of India!

Uday Mahesh is a director who has made two Tamil films - Naalai starring Richard, Natty Natarajan and Chakkara Viyugam starring Natty Natarajan again. He has also acted in Tamil TV shows but the 51 year old became an overnight sensation with a role that probably lasted less than 15 minutes in a 8-9 hour show.

'Chellam Sir' who has taken the internet and social media by storm is a character from Season 2 of The Family Man; Uday Mahesh plays a Tamil speaking National Investigation Agency (NIA) veteran who is retired, but significantly helps Threat Analysis and Surveillance Cell (TASC)'s investigation from behind the scenes.

The trope of protagonist Srikant Tiwari (Manoj Bajpayee) reaching out to Chellam Sir for everything has since become the subject of viral memes and jokes. And a week into The Family Man 2's release on Amazon Prime Video, the Indian government too has given its official nod to the fest.

Srikant: Chellam sir, Which vaccine should I take - #Covishield or #Covaxin? #ChellamSir: "Wrong question. All vaccines are safe. You should ask when to #GetVaccinated. The answer is, as soon as possible."#We4Vaccine #LargestVaccineDrive@BajpayeeManoj pic.twitter.com/xcJte0KbFY

Never use #ChellamSir for Phone a Friend.

He will immediately cut the call and you will loose the lifeline. #Familyman2

How did Srikant Tiwari Manage to call up the right number of Chellam Sir everytime? Since Chellam Sir would change his phones every second 😂😛#Chellam#ChellamKnowsEverything @BajpayeeManoj @sharibhashmi @sumank @Suparn @PrimeVideoIN #Familyman2

#ChellamSir has an important tip for #MonsoonSafety. Follow his advice to protect your electrical appliances from damage. #MumbaiRains #Monsoon2021 pic.twitter.com/pZHI0KwbVB

Hahaha, father of all indicators. 🙌😋 https://t.co/U3tS3gmDBL

Be a Chellam Sir in someone's life! 🙌 pic.twitter.com/7ni86YSElw 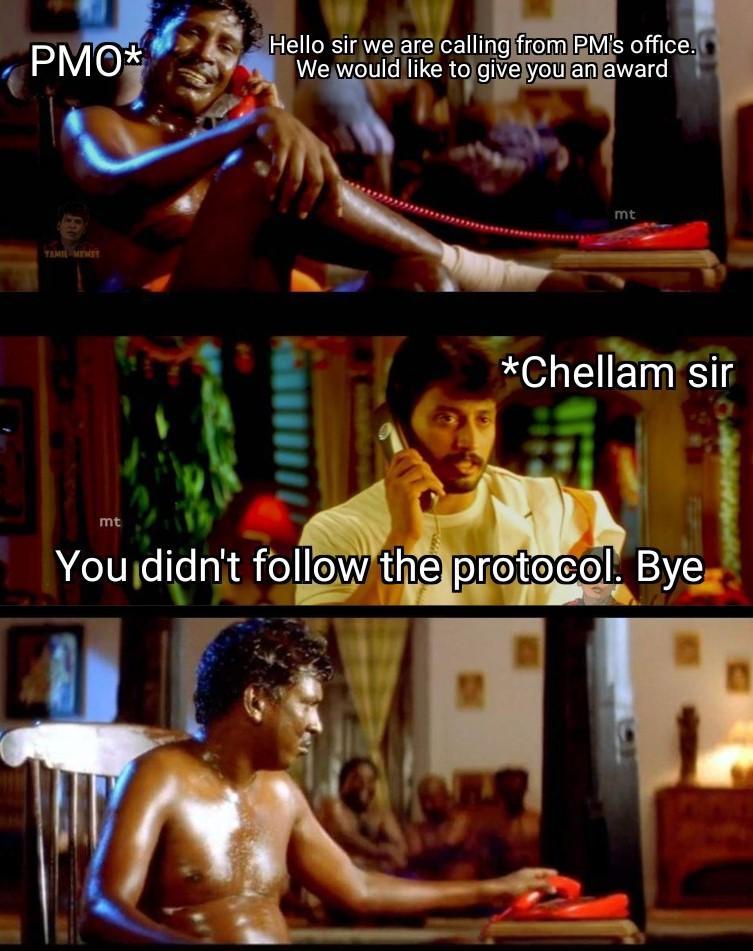