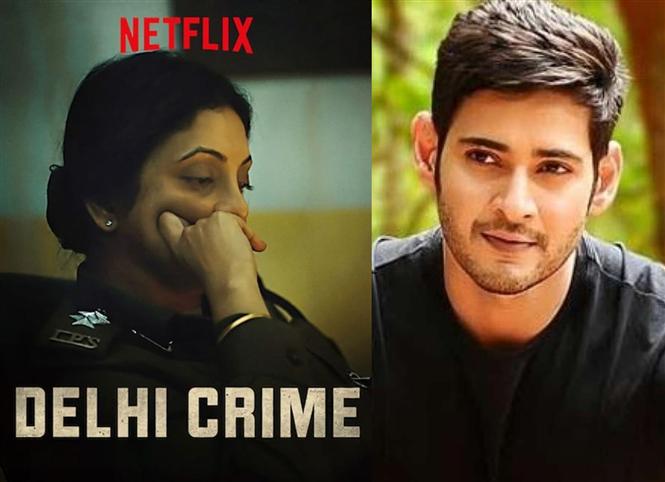 The 48th edition of the International Emmy Awards, which honors excellence in TV programming produced and initially aired outside the United States recently concluded and India which had made 3 nominations against 19 other countries this year, brought home its first award.

Netflix's Hindi show Delhi Crime, which is based on the real-life investigation of the 2012 Delhi gang rape case (Nirbhaya) won the Best Drama Series. While many Bollywood stars took to their social media accounts to congratulate the team, down South Mahesh Babu set off the congratulatory train.

#DelhiCrime is a masterstroke!Congratulations to the entire team on its terrific win at the #Emmys. Truly deserving! 👏👏👏

Congratulations to the team of #DelhiCrime ! This is amazing 👏🏽👏🏽 https://t.co/rbxuiTfPAZ

Delhi Crime stars Shefali Shah in the central character of DCP Vartika Chaturvedi and writer-director Richie Mehta while accepting the award dedicated it to the 'women force'.

"The project was led by women, it was financed, put together and released by women. This crime was solved by women. This is for the courage of those women and all the women who not only endure the violence that so many men inflict on them, but then are tasked with solving the problem,"

The 2019 Netflix show was pitted against other international shows such as Charité 2 (German), Criminal: UK and The Bronze Garden - Season 2 (Argentina).