Vijay's fan club to not turn into a political party! SAC withdraws request! 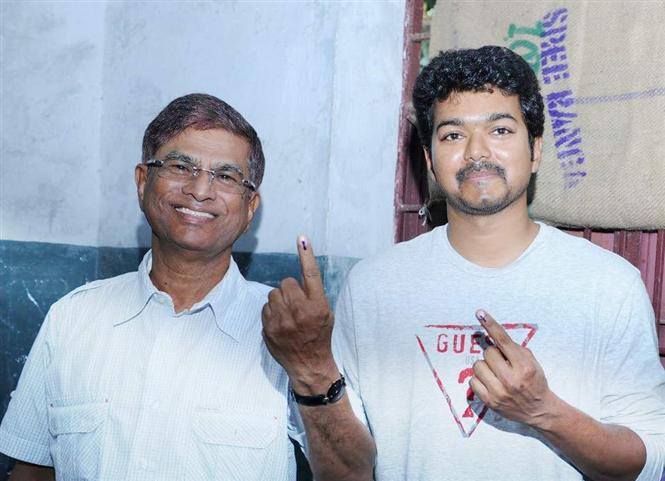 Director, producer SA Chandrasekhar (SAC) who had filed a request with the Election Commission (EC) early this month, to register his actor-son Vijay's fan club as a political party has now reportedly withdrawn the request. It is worth mentioning here that SAC's previous decision had resulted in a war of statements between the father and son and had made the rift in the family public knowledge.

The fan club which was to be turned into All India Thalapathy Vijay Makkal Iyakkam was started in 1993 by SAC and when Vijay stood against the idea of turning it into a political party the senior director had said, "I have been the founder of the organization all these years. I didn't ask Vijay when I started the organization or kept changing it with time."

SAC's decision to cancel his request with the EC comes after the major members of the party, like his wife Shoba Chandrasekhar, who was appointed as the treasurer and party president Padmanabhan decided to step down from their posts.