Director Pa. Ranjith has been involved in the production of many movies in recent times and he recently revealed teaser of one of them. Titled Kuthiraivaal, the teaser showcases the lead actor Kalaiyarasan, who wakes up to find a horse tail grown at back of him!

Pa. Ranjith also stated that Kuthiraivaal is a magical realism movie and it is co-produced by Yaazhi Films. Kalaiyarasan and Anjali Patil play leads in the film with Pradeep Kumar for music and Karthik Muthukumar for cinematography. 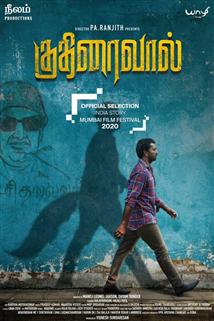