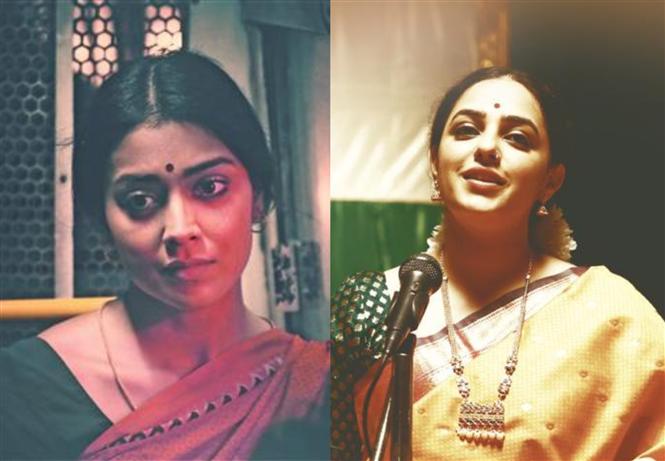 Following the de-glammed look of actress Shriya Saran from the upcoming multilingual movie Gamanam, Nithya Menen's singer avatar for the movie has been unveiled. Nithya plays a character named Shailaputri Devi in the movie, which is touted to be a real-life drama directed by Sujana Rao. 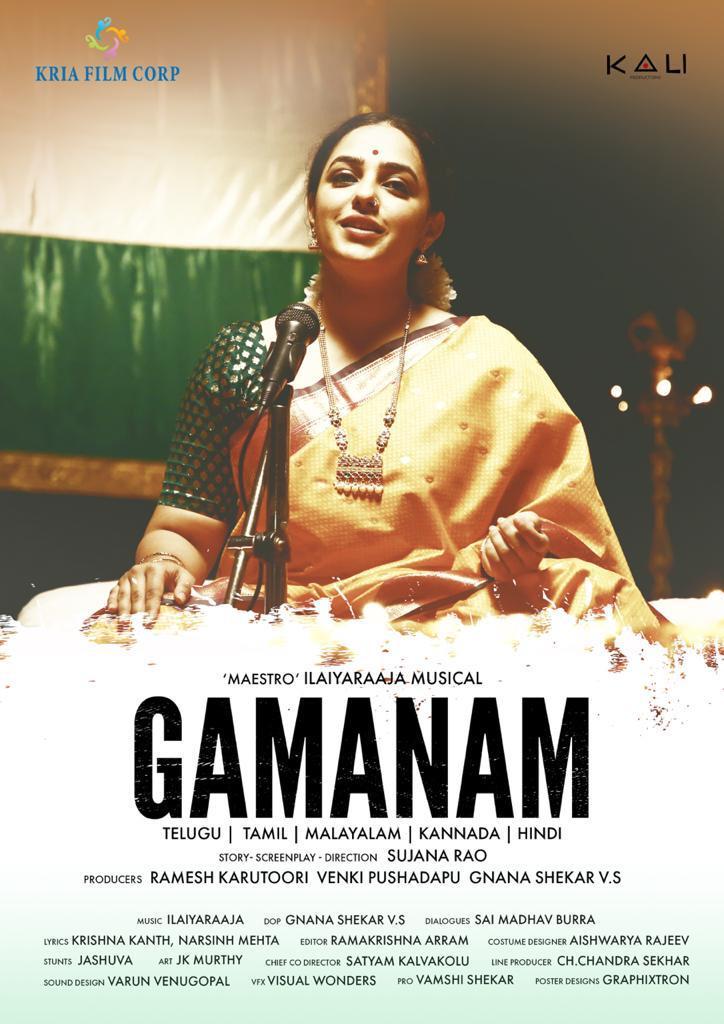 Gamanam has music by Ilayaraja and will be releasing in Tamil, Telugu, Kannada, Malayalam and Hindi.