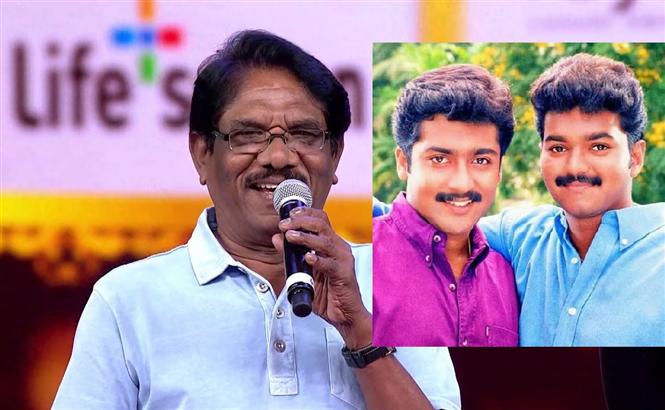 In response to Meera Mithun's video dragging actors Suriya, Jyotika, Vijay and his wife Sangeetha, Tamil film industry's veteran director Bharathiraja has issued a statement that tries to calm the tensions in this controversy. Bharathiraja has stated that the ex-Bigg Boss Tamil contestant''s words towards Vijay and Suriya seem like “mud being slung upon a beautiful painting.”

“This young woman, who has made these statements without maturity, seeking fame, should stop speaking ill of the stars. Those from the industry will not keep tolerating this. I strongly condemn her statements..Meera, there’s still a lot more in left in life. Work hard and struggle,”

Bharathiraja also condemned the official film bodies including the South Indian Artists Association (Nadigar Sangam) for not coming in defence of the actors who were abused (Trisha, Aishwarya Rajesh among them) by Meera Mithin. “Just because the union has not had any elections, will they not raise their voice even for personal needs? Shouldn’t everyone join together in condemning it?”

The director concluded his four-page statement by also condemning toxic fan behaviour on social media and asking the star-actors to bring them under control. "Actors should not keep mum thinking that only fans are doing it. It becomes your responsibility to advise them and make them responsible. Actors should at least release a statement to bring them (abusive fans) under control,”