Actor, producer V. Swaminathan passes away due to COVID-19! 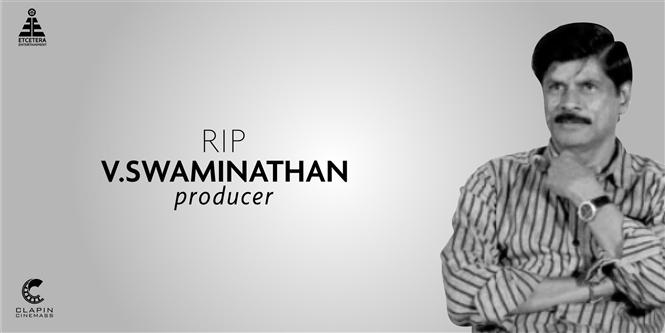 Prominent Tamil film producer V. Swaminathan of Lakshmi Movie Makers, who has given us films like Unnai Ninaithu (Suriya), Bhagavathi (Vijay), Anbe Sivam (Kamal Haasan) and Pudhupettai (Dhanush) passed away in a private hospital at Chennai after testing positive for COVID-19. Swaminathan was 62 and he lost the battle to Coronavirus on August 10, 2020.

The producer co-owned Lakshmi Movie Makers with K Muralidharan and G Venugopal and has appeared in cameo roles in many of their movies, particularly in comedy scenes with actor Vadivelu. Swaminatan is survived by his family including his actor son Ashwin Raja.