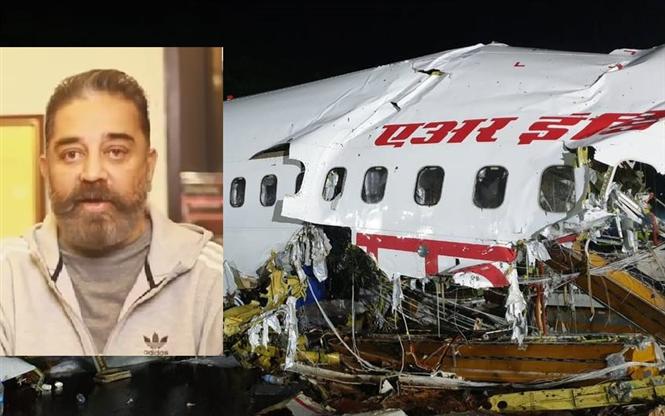 An Air India Express flight IX 1344 operated by B737 aircraft from Dubai to Calicut skidded off the runway and broke into two while landing at the Calicut International Airport at Karipur on Friday at 7:40 PM. The unfortunate crash is the 7th accident to happen at the 32-years-old airport and among the 196 passengers onboard, 18 were tragically killed which included flight's pilot Commander Captain Deepak Sathe (formerly of the IAF) and co-pilot Akhilesh.

Pilots who have landed flights in Calicut feel that Karipur International airport's poor runway lighting system and failure to monitor the braking conditions may have lead to this tragic incident. A Malayalam news daily quotes a senior pilot officer as saying,

"Karipur lighting system is very very poor. After feedbacks were taken from us, the authorities installed two lights on the runway aiming point where we are supposed to touch down. I have never seen such a light anywhere else. It can't even be called a guidance light,”

Another serious issue he pointed out in the airport's management is the frequent failure to convey the runway braking condition report to the pilot. “Friday's weather condition was such that the report should have been given to the pilot. I don't think it was given", he said.

Union minister Amit Shah was quick to rush a NDRF team to assist in the assist in the rescue and relief operations though Kozhikode locals were quicker in response and the same was acknowledged by Kamal Haasan. The actor was also one of the many film celebrities who mourned the loss of lives in this already tragic 2020.

Condolences to the families who lost their members in the Kozhikode crash. Best wishes to those recovering in Hospitals. Kudos to the citizens of Calicut and the under-equipped staff of the airport. More strength to the already overworked medical professionals of Kerala.

Updated contacts #KozhikodeAirCrash
Prayers to the families injured
It’s raining heavily too can understand how tough the situation would have been now tat too in the pandemic . Sad heart has become heavy 😔 pic.twitter.com/H3SV1lmnee

Deeply saddened to know about the #AirIndia plane crash at #Kozhikode. My heart goes out to the families of the people who lost their loved ones. Praying for the injured. Will request year #2020 to cut short it’s days and make an early exit.और कितना कहर मचाओगे? प्लीज़ बस करो! 🙏

Another heartbreaking tragedy of 2020 , the crash of Air India Express in Kozhikode! Condolences to the families who lost their loved ones and prayers for the quick recovery of the injured passengers.🙏

Distressed to hear about the #airindia plane crash landing in Kozhikode, Kerala!! My thoughts and prayers for the bereaved families.. Wish speedy recovery for the injured.. 🙏🏻

Deeply saddened to learn about the tragic accident of the Air India flight while landing in Kozhikode , praying for the speedy recovery of the injured & heart felt condolences to families of the deceased. #AirIndia #Kozhikode

Very tragic plane accident in Kerala . Absolutely shocked to see something like this in Kozhikode. Condolences to the near n dear of the demised . May the soul of the passed rest in peace . Prayers to the injured to be safe & recovered at the earliest.

Deeply saddened by the news of #KozhikodeAirCrash. My condolences to all the families and friends of those who lost their lives in the unfortunate incident. Prayers for a speedy recovery of all those injured. 🙏