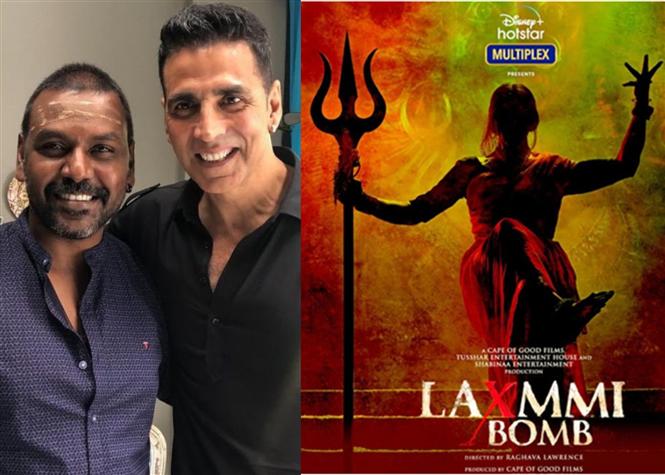 Laxmmi Bomb, Raghava Lawrence's directorial debut in Hindi is gearing up for an OTT release on Disney+Hotstar. Though the release date has not been announced yet, buzz is that the movie's official trailer is gearing up to be premiered soon. Laxmmi Bomb's lead Akshay Kumar recently completed dubbing for the film and earlier today he left the country to begin work on his next project.

And the since the movie's premiere was already expected to be in September, word on the block is that Laxmmi Bomb trailer will be out in the upcoming weeks. A horror-comedy, Laxmmi Bomb is a joint production venture of Cape of Good Films, Tushar Entertainment House, Shabinaa Entertainment and Fox Star Studios and is the remake of Tamil film Kanchana.

Kiara Advani plays female lead in the movie with Tushar Kapoor appearing in an important role.