Vijay Sethupathi opens up on working with Kamal Haasan! 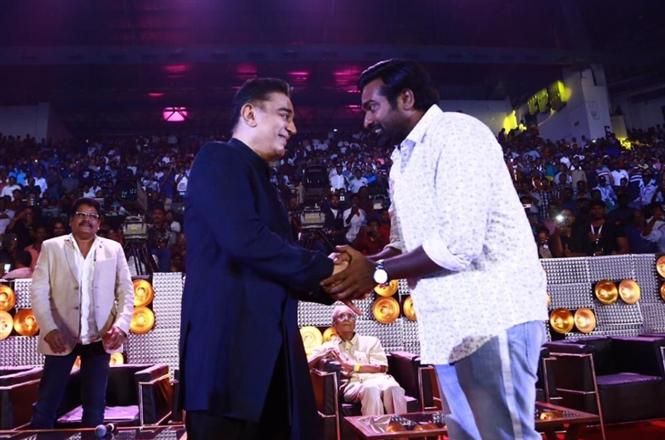 It was long expected that actor Vijay Sethupathi will star in Thalaivan Irukkindraan, the sequel to one of Kamal Haasan's super-hit films Devar Magan. It was said that he will be playing the role of Nasser's son in the movie [Nasser's character dies at the hands of Haasan in the prequel].

However, Vijay Sethupathi refuted this development recently and also opened up how he missed the prospect of working with the Ulaga Nayagan. Vijay Sethupathi said, "I was supposed to act in Indian 2, but I missed it due to dates issues, so that's ruled out. As of now I am not doing any film with him, but I badly want to act with him, be it even one or two scenes."