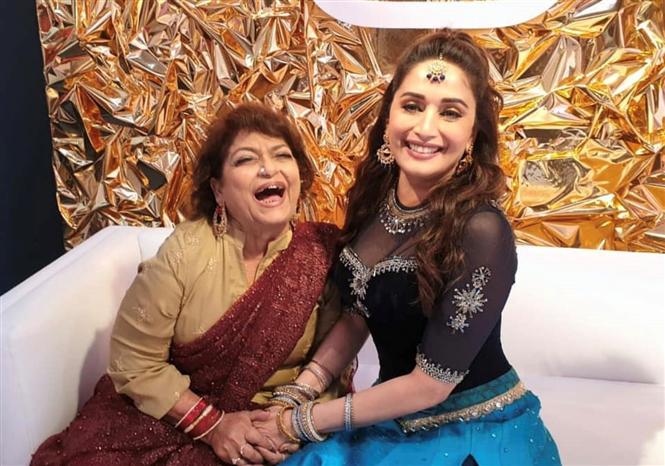 Three time National award winning (one of them for the Tamil film Sringaram in 2007) choreographer Saroj Khan, passed away in the wee hours of Friday leaving the entire Hindi film industry mourning. Saroj Khan was 71 and news of her admitted to a Bandra hospital due to breathing troubles had already broken on June 17, 2020.

Saroj Khan who has choreographed more than 2000 songs is best known for her work with actresses Sridevi (deceased) and Madhuri Dixit and the latter was among the Bollywood names to pay tribute to 'Masterji' on social media. Alluding Saroj Khan to helping her dance potential reach to the optimum, Dixit wrote,

I'm devastated by the loss of my friend and guru, Saroj Khan. Will always be grateful for her work in helping me reach my full potential in dance. The world has lost an amazingly talented person. I will miss you💔 My sincere condolences to the family. #RIPSarojji

The Saroj Khan-Madhuri Dixit combo was a rage in the 90s and super-hit dance numbers like Ek Do Teen, Dhak Dhak Karne Laga, Choli Ke Peeche Kya Hai, and Tamma Tamma stand testament to the same. The choreographer's last work incidentally happened to be with Madhuri too and it was for the the song Tabaah Ho Gaye from the Karan Johar directed Kalank in 2019.