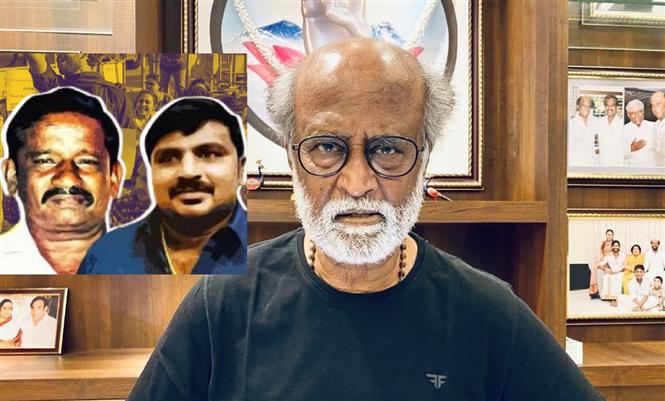 The custodial deaths of P Jeyaraj (58) and his son J Beniks (31), residents of Sathankulam town near Thoothukudi in Tamil Nadu invited an uproar in the state and sparked national outrage on social media against police brutality.

Now, Tamil actor Rajinikanth has expressed his strong sentiments on this case as the issue has been inviting more furore due to developments like the deceased's family not getting a proper lawyer, Sathankulam police officers not co-operating in the judicial magistrate's investigation and evidence like CCTV footage from the police station getting tampered.

Rajinikanth who had earlier spoken to Jeyaraj and Beniks' family over a phone call has now stated,  "Even after the entire human race condemned the brutal torture and killing of father and son, I was shocked to learn how some police officers audaciously misbehaved and spoke in front of the judicial magistrate. All those involved should compulsorily receive appropriate punishment. They should not be left. Swear they should not be left at all."

It is worth mentioning here that despite the Santhankulam police officers' non-cooperation, head constable Revathi turned eye-witness for the incident after being ensured full safety from her seniors. The Madurai Bench of Madras High Court which took suo moto cognizance of the matter, has now directed directed Thoothukudi DSP Anil Kumar and the CB-CID to take up investigation in the case.