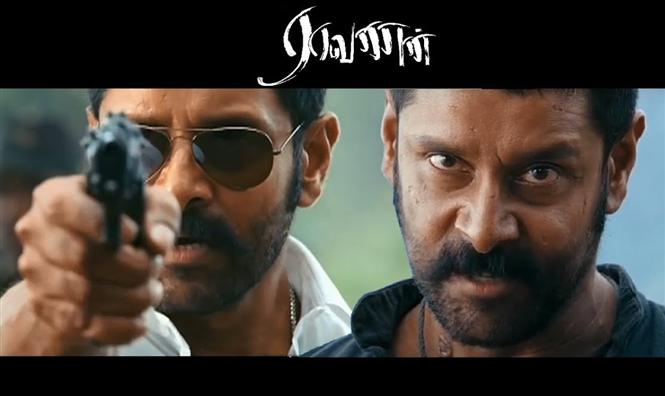 One of Mani Ratnam's memorable films was the Tamil-Hindi bilingual Raavanan (Raavan) which released 10 years ago today. Based on the Hindu epic Ramayana, the Tamil version had Vikram playing the lead role, which was based on Raavanan while the Hindi version had Abhishek Bachchan. Interestingly, Mani Ratnam who shot the movies simultaneously had wanted both his lead actors to swap their roles for the role based on Ram but with Abhishek hesitating because of his fluency in Tamil, the role eventually went to Prithviraj Sukumaran.

Vikram being Vikram however was game and ended up playing the Tirunelveli based Veera in Tamil and Dev Pratap Sharma IPS in Hindi. Come to think of it, it is a rare occurrence for an actor has to play two different characters for the same film let alone pull it off convincingly. And Mani Ratnam was probably the first ever director who got to witness this Ambi-Anniyan** transformation of Vikram's in real time.

The Tamil Raavanan did a little bit better than its Hindi counterpart in theaters and the South audience were left raving about the on-screen chemistry between Vikram and Aishwarya Rai Bachchan at that time. The same audience that caught the Bollywood version out of pure curiosity at that time only had positive things to say about Vikram's acting caliber.

** - In the Tamil movie Anniyan, there is a famous first-take scene where Vikram's character who suffers from multiple-personality disorder transforms between his established personality Anniyan and his true self Ambi during a police investigation. The investigating officer (Prakash Raj) unaware of his condition tell him he has never seen such a 'performer' before [Supposedly an ode to Vikram's own acting potential]. 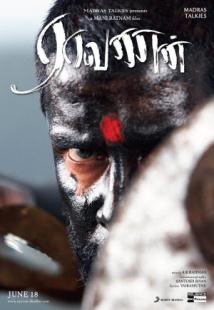