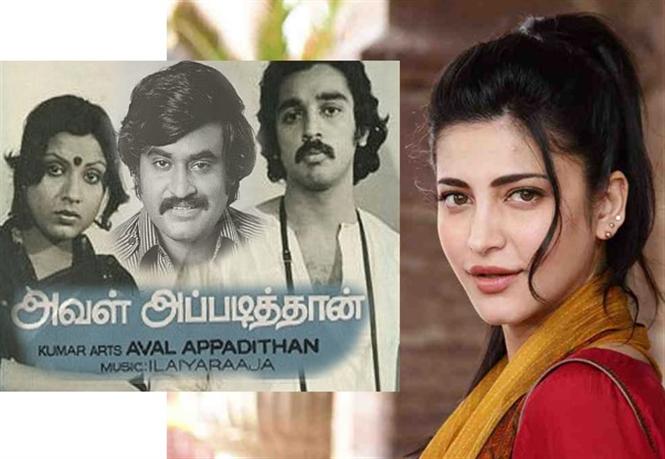 Actress Shruthi Haasan is all set to be featuring in the remake of her star-actor dad Kamal Haasan's 1978 movie Aval Appadithan which also starred Rajinikanth in a key role. Shruthi will be reprising the award winning role of actress Sripriya who played a self-sufficient young woman from a dysfunctional background, learning and surviving through hurdles like sexism, male chauvinism and what not.

Liberation of women was the central theme of this movie and Kamal Haasan played a character which was way ahead of its times (a metro-sexual male).  Baana Kaathaadi, Semma Botha Aagaathey director Badri Venkatesh will be directing the remake version and Dulquer Salmaan is said to have been approached for Kamal Haasan's role.