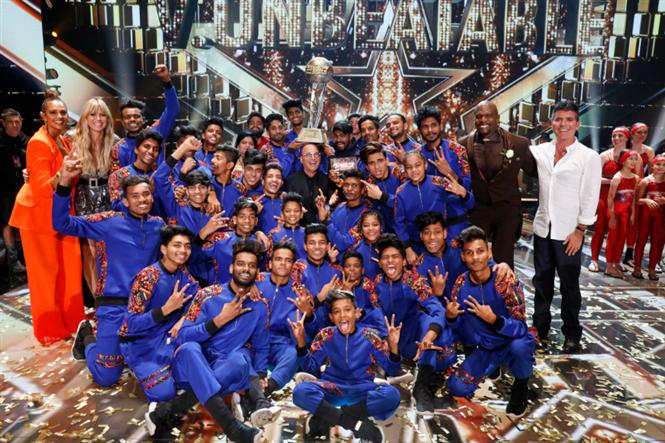 Indian dance crew V. unbeatable which made news a few days ago by performing to Rajinikanth's Marana Mass number has finally won the championship title of America's Got Talent (AGT). Post their epic win, leader of V. Unbeatble Om Prakash opened up about the crew's journey to BBC.

Apparently Om Prakash used to be a daily wage worker at a glass factory who used to train underprivileged children in dancing along with his friend named Vikas. During a stunt, Vikas was left paralyzed and eventually couldn't make it and the V in the V. Unbeatable is in remembrance of him. Prakash was also quoted as saying,

"There was a garden near the factory where a few children would come to dance. I would watch them dance and one day, I decided to learn from them..The troupe kids came from slums in Naigaon and Bhayandar in Mumbai..We started winning some of these events..We worked very hard. We could not let this moment slip away. We are champions now."

V. Unbeatable was trained by Mumbai based choreographer Rohit Jadhav who is said to have travelled with them in this AGT journey after the talent show invited the troupe to compete.