Shivanna 123: Sathya Jyothi films to produce a film in Kannada after 34 years! 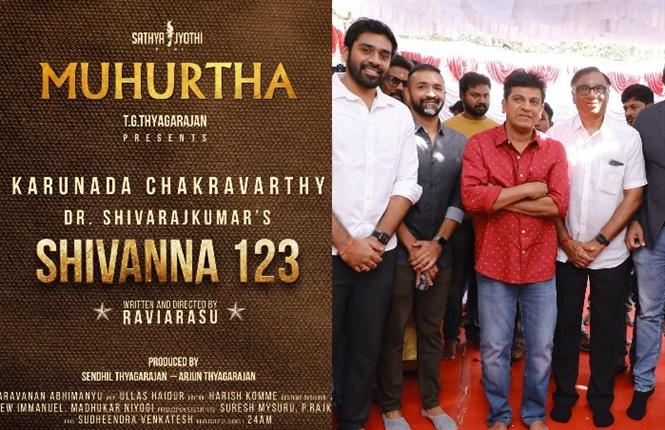 Sathya Jyothi films, a renowned production house in Kollywood, which is known for producing Tamil films for almost 4 decades is venturing into production in the Sandalwood film industry after a big gap of 34 years. The production house which has produced films like Moondram Pirai, Idhayam, Em Magan, Vivegam, Viswasam and Pattas has announced its next production in Kannada tentatively titled 'Shivanna123'.

The film will feature Shivarajkumar in the lead role and marks his 123 film. Priya Anand has been roped in as the leading lady. Shivanna 123 was officially launched on Wednesday in the presence of Powerstar Puneet Rajkumar and Bengalure Police Commissioner Bhaskar Rao. Touted to be a cop thriller, the film to be directed by Raviarasu will go on floors soon.

Sathya Jyothi Films had earlier produced a film in the name of their production house 'Sathya Jyothi' in Kannada iin 1986 starring Vishnuvardhan, Sumalatha, Urvashi in the lead roles.