The first look of Prabhu deva's upcoming with Adhik Ravichandran of 'Trisha Illana Nayanthara' fame, has been revealed yesterday. The film has been titled as "Bagheera". The First look has an unusual bald looking Prabhudeva. The film is said to be a fantasy drama. 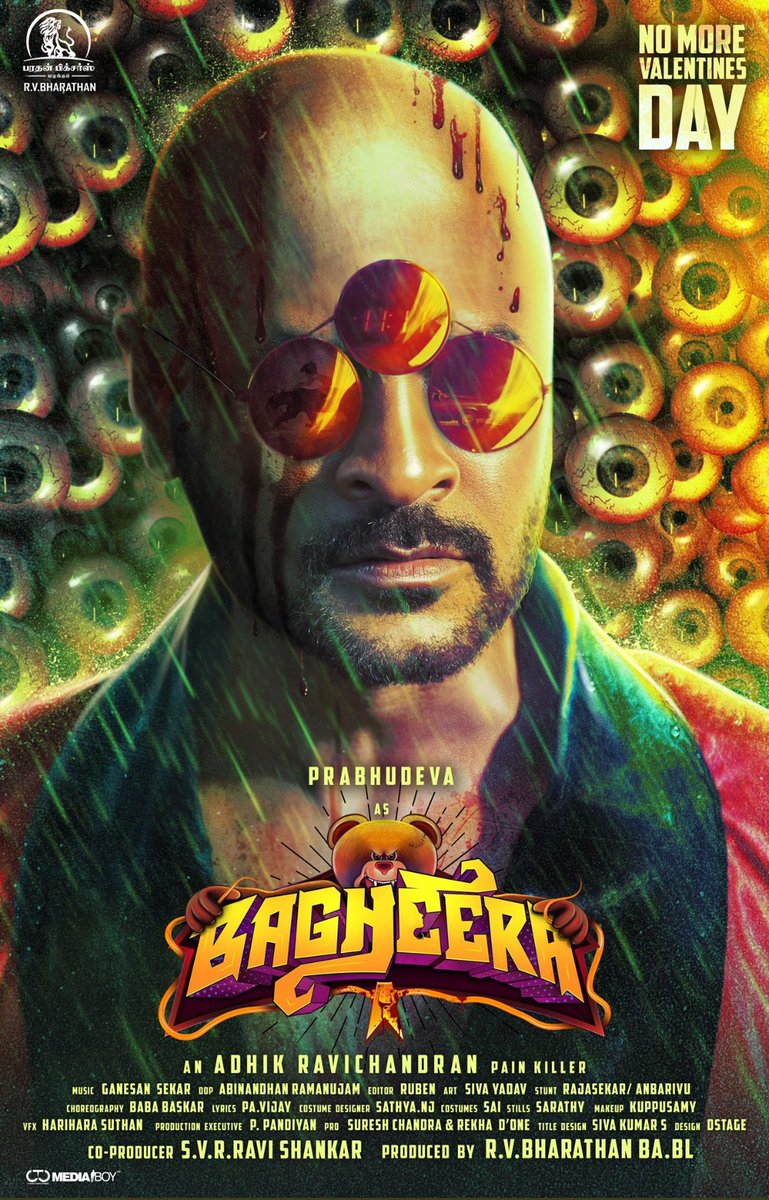