Oh My Kadavule Review - A breezy and wholesome take on romance and second chances! 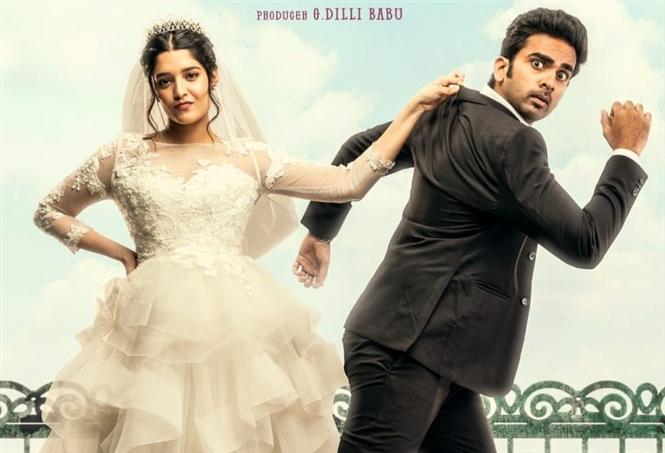 Oh My Kadavule - A breezy and wholesome take on romance and second chances!!!

While it is rare to find mainstream movies without a romance angle in Tamil cinema, it has also been a while since we had a proper romantic film. Full credit to Ashwath Marimuthu for delivering a film that stays true to its genre. Oh My Kaduvale gets a superb start. Three friends ( Arjun, Mani and Anu) are bonding over a drink when Anu surprises Arjun with a proposal . Before he responds, the starting credits roll and we are shown the gist of the life of these three friends, right from their schooldays to this point. And now Arjun responds and the film is about whether he makes the right decision and if it isn't, will he be able to rewrite it, given a second chance.

This is one of those films that gets most of the things right, foremost being its lead couple. Both Ashok Selvan and Ritika Singh are very good. They keep it simple, share a terrific chemistry and are at their best when they bare their vulnerable sides. Watch out for the scene where Rithika tries to conceal her disappointment when an attempt to make love ends even before the start. The actress nails it. Vijay Sethupathy (in an extended cameo) joins the party and along with Ramesh Thilak delivers the goods. Cameos are always tricky. There is no point if you are going to hog the limelight by imposing yourself on screen nor is it going to make sense if you remain too aloof as in being disinterested. VJS is perfect here. He lends that star charm but never goes overboard. I have not been a fan of Sha Ra's histrionics and never connected with his over the top antics. But I really enjoyed his performance here.

Ashwath's OMK isn't the boy meets girl and easily falls in love kind of film. It is about a guy and a girl who are coming to term with their actual feelings for each other, their confusions and how they seem to take it for granted just because someone is readily available. It even addresses how physical intimacy or the lack of it can be a deal breaker. Running over 150 minutes, the film never wastes screentime. Almost everything seems to be there for a purpose. There is an audition scene in the first half and Arjun enacts a scenario. This particular scenario fits in much later towards the later half of the film. The comedy too is pretty good and even the jokes aren't just fillers. They all make sense in the overall scheme of things. The ambition of Arjun, the business run by Anu's father and the job of Meera (Arjun's childhood crush). Everything is designed with a purpose.

The tone of the film is pretty consistent but there are times when you feel that there is an indecision as to whether to treat it as a comedy or delve deeper into the relationship issues it wants to address. Nothing that hurts the film badly but you feel that something is missing but not sure on where to point your finger at. You also feel that the relationship between Arjun and Meera too isn't really accurately fleshed out. But think of it at the end of the film and you understand why everything was the way it actually was.

Would like to see a completely zany comedy from Ashwath. He seems to have a taste for it. In this film, God wears a black suit and resides at Periyar Nagar!

Oh My Kadavule is a breezy take on modern relationships and is endearing for the most part. While it may not really register as a classic it does strike a chord and is a perfect watch for the Valentine weekend!