Why Jaanu Couldn't Recreate The Timelessness of 96? 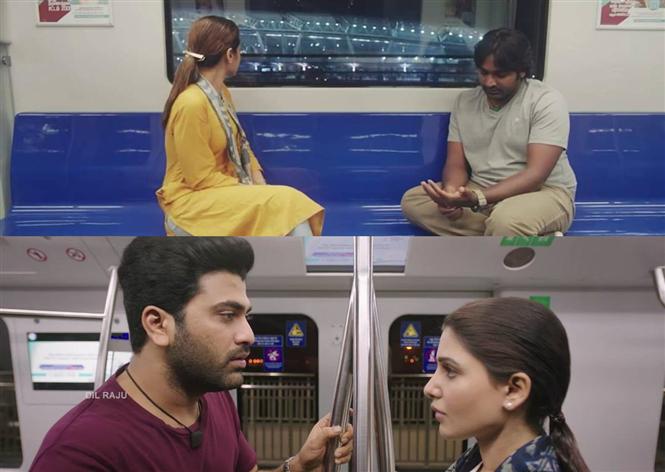 Why Jaanu Couldn't Recreate The Timelessness of 96?

“Here is the repeated image of the lover destroyed”, goes a line by Richard Siken. Watching Jaanu, Prem Kumar's remake of his directorial debut 96, kept reminding me of this line. Jaanu, right from being announced as a project, kept making irks in me and among millions of fans who loved, celebrated and were deeply connected with 96. The happy thing was it is Prem himself remaking it. And, I must say, he has repeated the success of transcending the spirit of the classic in its totality as best as he can.

The straight question we all had was can Sharwanand and Samantha surpass the heartbreaking chemistry Vijay Sethupathi and Trisha had? And here is why, I felt, Jaanu is interpreted more as a film where Ram and Jaanu happen to be this odd lovers who try to make it work and wonder about all the things that could have happened. Whereas, 96 was more of a film about these perfect lovers who just didn't have in their stars. To look at this tale minusing the thought that Ram and Jaanu are meant to be and just see it as a story of now what they gonna do with their lives took a while.

There is something universal about the story. The timelessness of the unrequited love that Ram carries in him, in every nerve, every bone of him connects beyond language. This man, who is in his early 30s.. with a daggering pain in his heart and void in his head is what made 96 what it is. Ram is probably Tamil Cinema's first full blown introverted male protagonist. And on contrast, there is this woman, Jaanu, who is married and has silenced her love for years. What happens when destiny put them together for one more night? One more time? Will they reconnect? Jaanu, even made me wonder whether 96 is about two lovers who desperately try to recreate their lost love and tragically fail in it! The saloon scene is a direct hint at it. Despite heavy verbal assurances, "I am right where you have left me!".. they fail when they knew that the universe doesn't bless their fate anymore.. the time doesn't.

Sharwanand and Samantha, despite her best efforts, PLAY these parts. They recreate it while Vijay Sethupathy and Trisha gelled themselves into these characters. I find Sharwanand even more convincing and comfortable with Ram. The mental state of the character, the lostness and the vacuum in him come off clear here. However VJS balanced his oddness with his tremendous ability to capture the physical awkwardness of being around this women of his life. I loved Samantha in the scene post her breakdown in the bathroom. As she sits and speaks to Ram about how weird the decisions have been.. she wears this face of 'It doesn't matter anyway. Isn't it?'

When I saw the trailer of Jaanu, the primary off for me was the casting of younger Ram. In 96, the choice of Adhithya Bhaskar beautifully brought out the naive and vulnerable side of Ram. Though, in the film I could see the brilliant casting resemblance between Sharwanand and the boy who plays his younger self, the feeble touch of feminity Adhithya added to the character was missing. This inturn affects the whole flavour of nostalgia you connect with the school episode. For example, the exaggerated moment where Ram falls unconscious as Jaanu touches him worked hearteningly as Adhithya pulled off convincingly as this boy who trembles with the slightest gaze of Jaanu. The pretty masculine version of Ram in the Telugu version doesn't cope up all this well.

Still.. what kept stopping me to love Jaanu as much as I did for 96 is primarily the casting. Vijay Sethupathi and Trisha truly belonged to the melancholy of the film. They came off as this ageing stars who shred off their stardom to be in this film about ageing lovers who didn't have it in their destiny. Trisha's role spelled a sense of magical 'how I wish' althroughout the film. The terrific scene of the film, where Jaanu re-imagines a happier "what if" version of their love story and narrates it to Ram's students is one of the sparkling highlights of 96. There is this particular shot where I was totally sold. We see young Jaanu's world coming still.. we see the musical interlude of Kaadhale Kaadhale taking over.. we see the anxious Jaanu heading towards Ram.. we see the younger Ram and Jaanu hugging each other in a musical high.. and then, as the song opens, we see Trisha in her happiest, musically turning her looks to Varsha Bollamma and then seek out for Vijay Sethupathi's eyes. She looks at him with a sense of yearning for that validation.. for that sense of 'Look! That could have been beautiful. Right?". And Vijay Sethupathi remains stunned of this out-of-nowhere blossoming of romance that just happened.

All this things were phenomenally put together by Prem in 96. Nothing worked any short. The edit.. The pace.. The rhythm.. The music.. The lyric.. Performances.. It was a marriage of cinema and writing, technique and emotions in all its glory. That didn't happen with Jaanu. Something felt missing. Was it the boy? Was it how Samantha narrates the tale? Was it about how Sharwanand looks at her? Or something as simple as replacing the iconic white chudidhar and red shawl used in the Tamil version? The point is the absence of this commotion of all possible magic from everyone and everything involved!

With remakes, we always wonder.. Can magic be recreated twice? The irony is, here, the answer is metaphorical to the very core of 96 itself. As much as Ram and Jaanu fail in recreating their younger selves.. Jaanu wavered and faded somehow in recreating the timeless 96. There is this defining shot of 96, where Ram and Jaanu reconnect and happily roam around the city, travels in metro, share jokes and be in the moment. And then suddenly Ram gazes and goes blank at the sight of Chennai Airport through the window of Metro. Jaanu notices it and looks at it and gets smitten by the same pounding weight of saddness. It breaks your heart as it archives the heading separation that is always around the corner. In Telugu Version, we see a CG generated flight passing through. Hmm! Does 96 is all about all these things? I don't know. But, one thing I am sure of is..watching Jaanu made me fall in love with 96 all over again. When I stepped out of the theater, I was telling myself,.. 96, will forever remain as one of the greatest love stories ever made in Tamil.