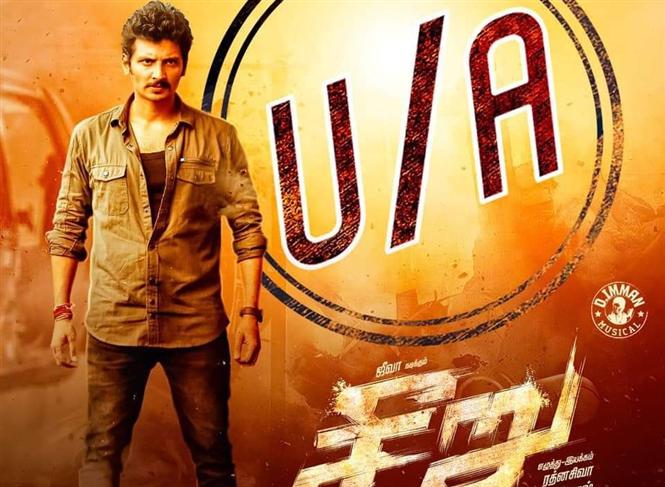 Actor Jiiva's upcoming film 'Seeru' directed by Rathna Shiva has completed its censor formalities and has been awarded U/A certificate by the censor board. The trailer of the film is set to be unveiled on January 24. Seeru is set to hit the screens on February 7.

Ishari Ganesh's Vels Film International is bankrolling the project and has Imman for music, Prasanna for cinematography and Kishore for edits. The film also stars Riya Suman, Puppy fame Varun, Navdeep, Sathish and Joker fame Gayathri Krishnaa among others.