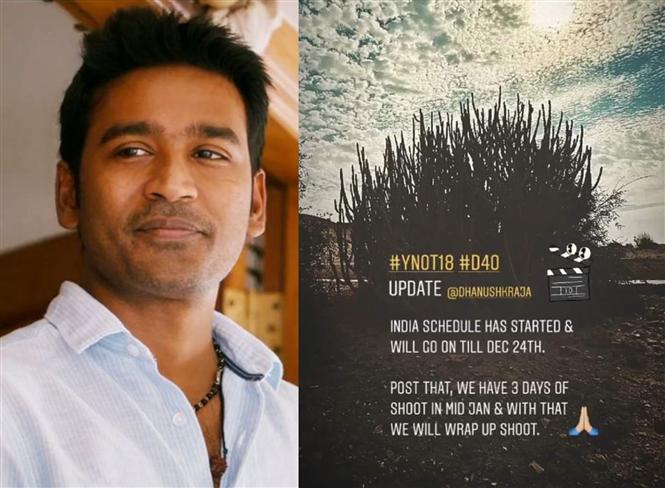 Dhanush's upcoming gangster thriller D 40 (tentative title) which is also speculated to be titled Suruli, has begun filming in India according to an official update. The movie which was predominantly shot in London, will also have 3 days of shoot in January, 2020 post which the film is said to wrap filming.

Malayalam actress Aishwarya Lekshmi is making her debut in Tamil with D 40 and the film is directed by Karthik Subbaraj. Produced under Y Not Studios, the film has music by Santhosh Narayanan.