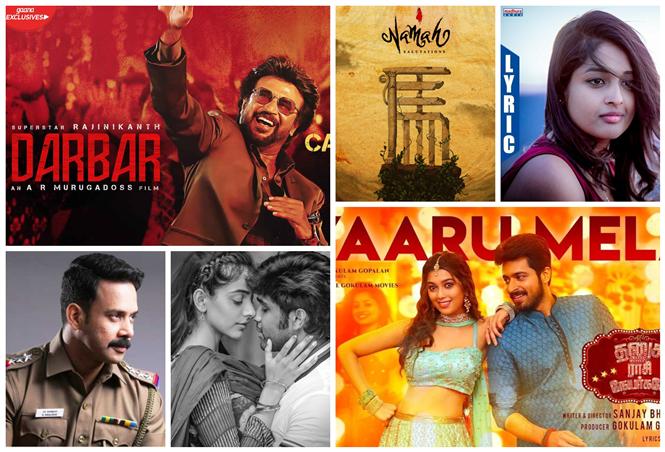 MC Weekly Music Round Up : Week 23

Namah: Thaikkudam bridge: Kanne: Kanne is in lines with the band's earlier Navarasam and the guitar riffs with the progressive rock arrangements is a spellbinding listen. Thaiikkudam bridge roped in Avial fame Anandraj Benjamin Paul to croon this energetic track along with Vipin lal. Inside my head in collaboration with the German drummer Marco Minnemann which released as a video two years ago is an immersive haunting listen from the band. The tune reaches a crescendo with the hard rock portions crooned brilliantly by Anish Krishnan.

Dhanusu Rasi Neyargale (Tamil): Ghibran: Yaaru Mela: Ghibran is in fine form in the celebratory song Yaaru Mela. Sowmiya Mahadevan is fabulous with her rendition and the Charanam tune makes one to easily fall in love with the song while Karky's casual banter lyrics blend well with the carefree tone of the song.

Adithya Varma (Tamil); Radhan: Nenjukulle: Adithya Varma team releases the final song of the soundtrack Nenjukulae and this one too is a reused track from the original album. The soulful track with the vocals of Shweta Mohan alone work magically as in the original and, unfortunately, Radhan's stupendous album didn't gain much traction in Tamil.