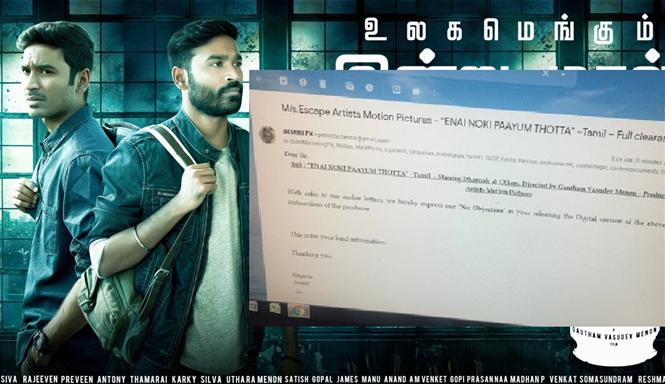 Dhanush's most-awaited and long delayed film Enai Nokki Paayum Thota has finally managed get into theaters today; though the overseas shows got delayed due to reasons unknown. In Tamil Nadu, the shows began few minutes back and Producer Madan confirmed the same by sharing screen-shots of clearance for the KDM. 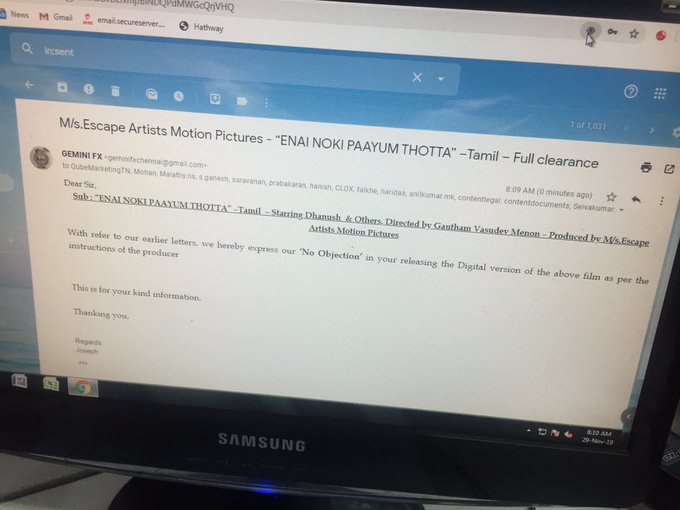 ENPT is a romantic thriller also starring Mega Akash and Sasikumar in pivotal roles and is directed by Gautham Menon. 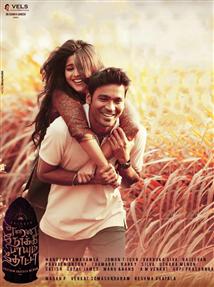