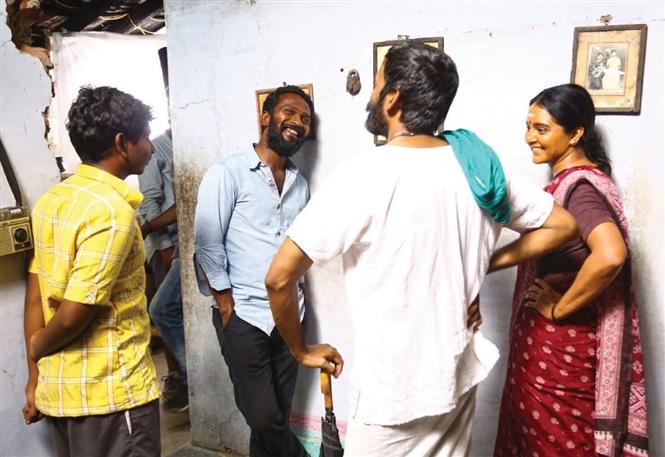 Writer Poomani on whose Tamil novel 'Vekkai' is the movie Asuran based, had mentioned post the film's release that his story of a Dalit family defending its honour being altered to the idea of a suppressed caste revolt was completely Vetrimaaran's idea. Speaking on the same in a recent 'Vikatan' interview, the director made some statements about why it was necessary and also gave some insight into how he conceived the theme of the movie.

Comparing the caste politics in India to the Black Vs White skin colour conflict in the West to the Israeli Vs Palestinian communal violence among Jews and Arabs, Vetrimaaran tagged his film's theme to be universal. "Asuran is a universal theme. The story can be adapted to wherever the oppression is", the National award winning director quoted.

He said that the only aim of the movie was to bring communal co-operation and not the opposite while justifying the removal of one dialogue which faced opposition. "Asuran is not a story directed to a particular community or individual. I used Asuran to mirror the masses and as an attempt to express the repression faced by Tamil people today. But if there is a conflict among the people though non-omission of a dialogue in the film, then the purpose of taking this picture will be misplaced."

Asuran’s story, of the land rights of the Dalits and the atrocities inflicted on them in Tamil Nadu villages journeys back to the Panchami land rights - the land given by the British to Scheduled Castes, which cannot be transferred to others. However a revolt using the same did not take place in the 1960s as shown in the movie.

Throwing light on it, Vetrimaaran said, "Though it was a chronological error, we deliberately inserted that topic in Asuran so as to educate the viewers, in the hope that it could start a similar debate among people."