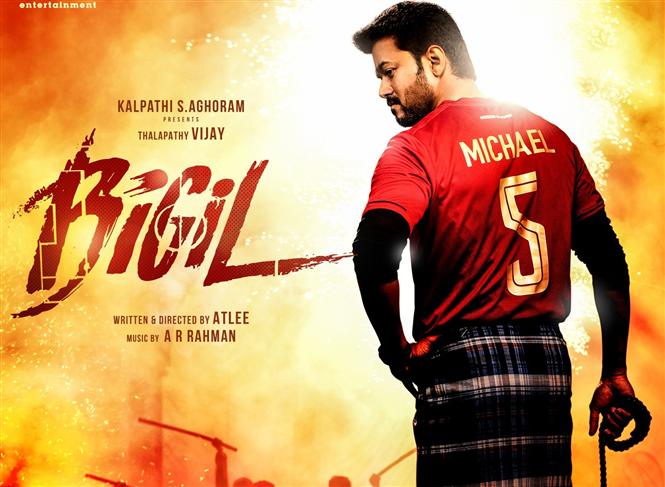 Vijay's Bigil which hit the screens on October 25 has had a fantastic run at the Box Office in its first two weeks. The film has now stepped on to its third week. With no new releases this week in TN, the film will enjoy another week of undisputed run at the Box Office. Bigil has grossed Rs. 183 cr at the domestic box office in 14 days.

Bigil has made profits in all the territories across the country except its home state Tamilnadu. The film has grossed Rs. 124 cr in TN in 14 days. Despite raking in big numbers at the Box Office, the film's high priced theatrical rights of Rs. 85 cr has been hindering the film from becoming a 'Hit' venture in the state.

Bigil has to collect around Rs. 145 cr to achieve break-even mark. The third week revenue becomes crucial to determine the film's fate as Vijay Sethupathi's 'Sanga Thamizhan' and Vishal's 'Action' gearing up for release on November 15, which may result in substantial reduction of shows as well as screens.