Rajinikanth, Kamal Haasan come together for their mentor K. Balachander! 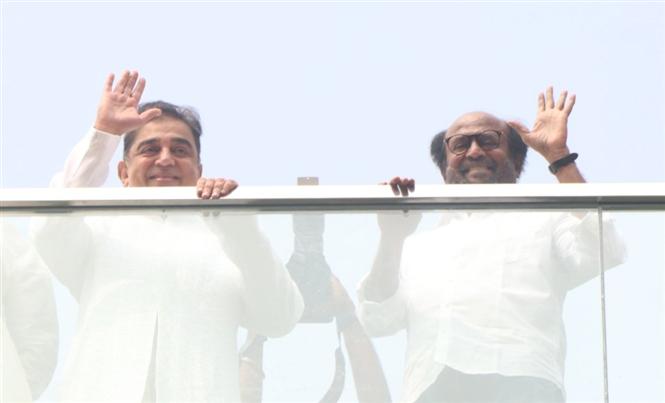 Commemorating his own 60 years in  Tamil cinema and his recent turning of 65, actor, politician Kamal Haasan unveiled a statue for his film mentor K. Balachander at his Raaj Kamal Films International office at Chennai today. 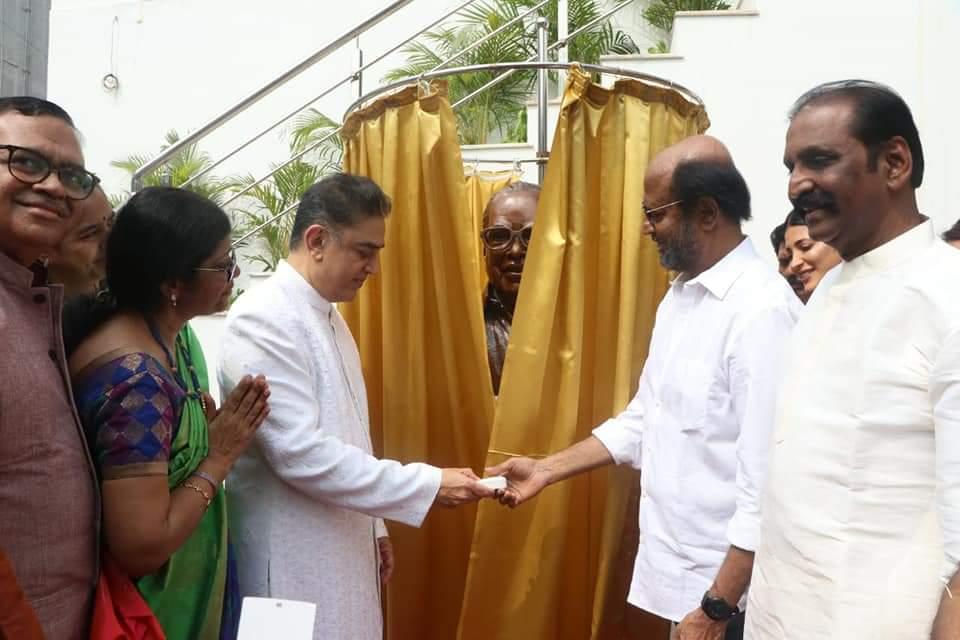 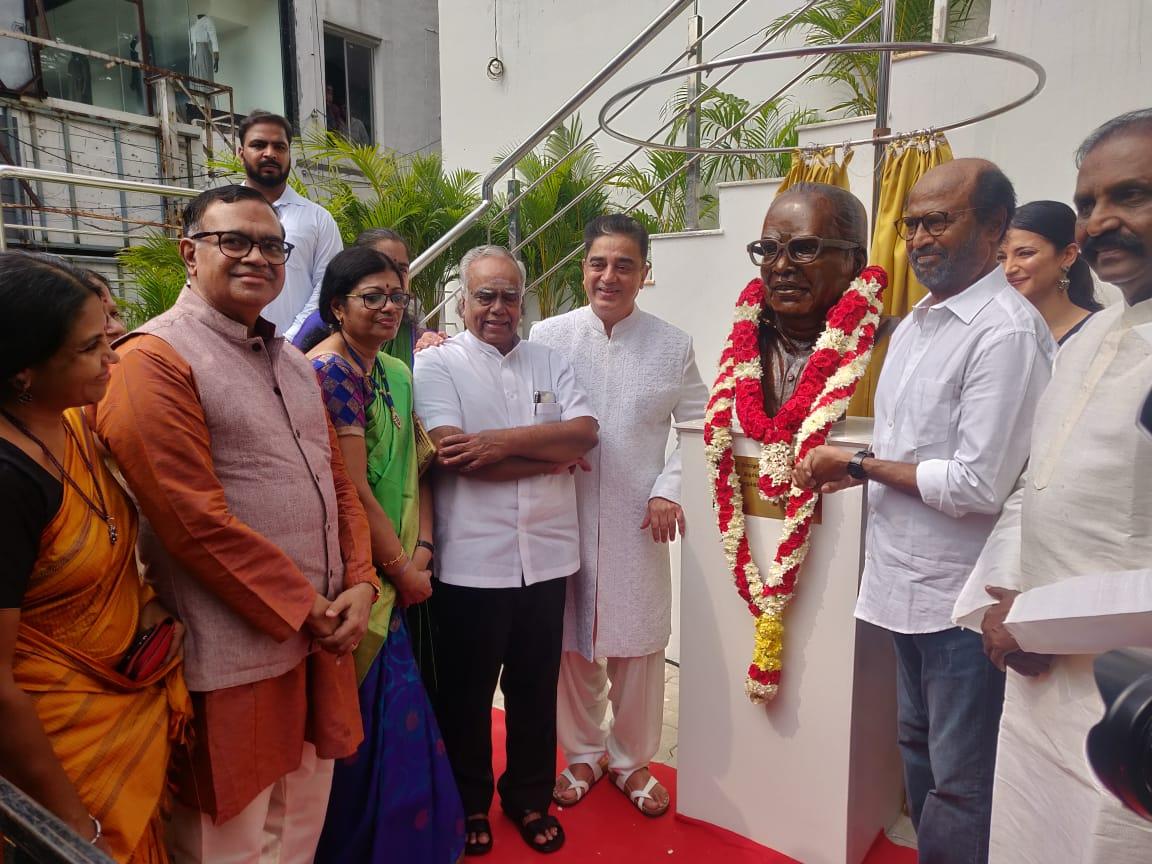 The event was attended by the likes of Rajinikanth, Mani Ratnam among other film personalities and the statue was jointly unveiled by Haasan and Rajini, both of whom owe their big breaks to the late director.