Movies This Week: Hollywood takes over 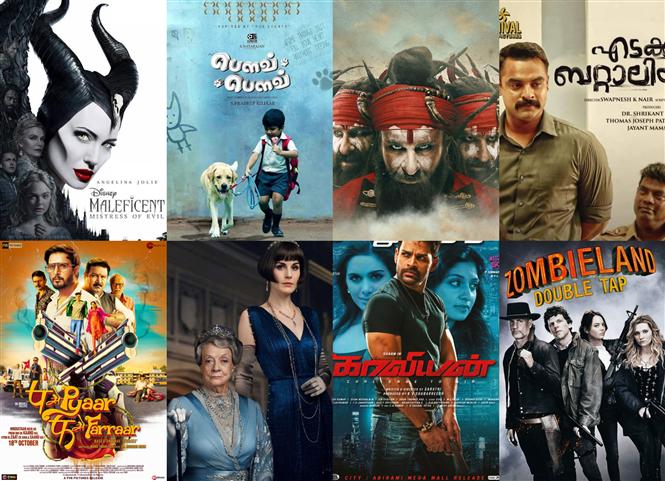 With no new Tamil releases and a few to zero non-Tamil movies, films this week had less to offer and even less to impress. A look into the options this time around:

Others
Other movies that are newly in theaters this week are Hindi romantic drama P Se Pyaar F Se Faraar, Malayalam comedy drama Aadya Rathri and the animal-based film Jallikattu which is a Malayalam movie about a buffalo escaping from a butcher-shop and its after-math.
In Tamil, Bow Bow which is the tale of a boy and a dog and actor Shyam starrer Kaaviyan have hit theater screens.