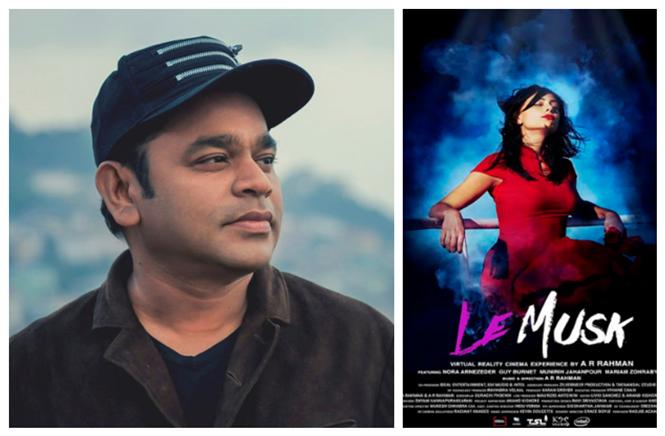 Recently, A.R. Rahman attended a film festival in South Korea where he was showcasing his production venture 99 Songs and during his time there, the Grammy winning music composer opened up to Variety about his directorial debut Le Musk, which is a movie being made with Haptic technology as it core.

"Le Musk is almost 80% done, It is a 70-minute 360 degree 3D sensory experience. There are 3 episodes..on 60 frames per second..it is not like a theater thing. It’s got a chair that directs you to what to see, and of course there is a lot of music too.”, Rahman was quoted describing his movie which is in English language.

Alongside Rahman’s YM Movies, Thenandal Studios, Canada’s Ideal Entertainment, Belgium’s Zilvermeer Productions, and Intel, with Italy’s Interlinea Film are co-producing the movie which has an international cast of Nora Arnezeder, Guy Burnet,  Munirih Grace Jahanpour and Mariam Zohrabyan among others.

Le Musk was shot using Jaunt’s ONE cameras and it ran into production trouble in-between, after the company Jaunt dissolved and became unavailable to provide support. However, Rahman has confirmed that the film is now in post-production and plans to get done by 2020.