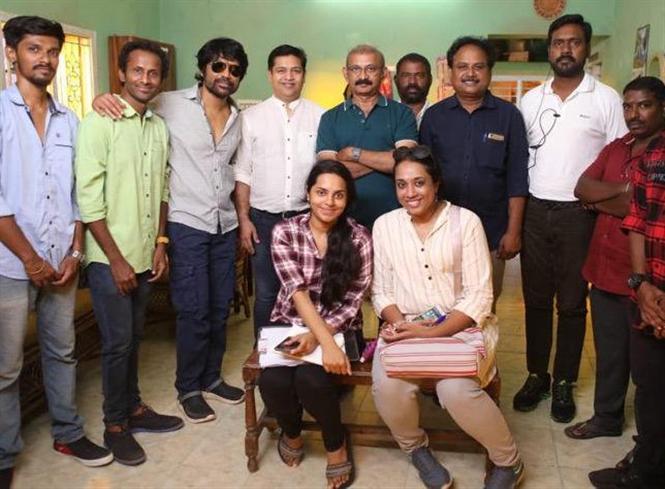 SJ Suryah who is basking in the success of his last outing 'Monster' has started shooting for his next film. Directed by Radha Mohan of 'Mozhi' fame, the film was launched officially last month. The untitled film touted to be an unusual musical romantic thriller has started rolling today.

Priya Bhavani Shankar will be teaming up with SJ Suryah for the second time after 'Monster'. The technical crew includes Yuvan Shankar Raja for music, Richard M Nathan for the camera, Anthony for editing. Bankrolled by Angel Studios LLP, the film will hit the screens on February 14, 2020 on the occasion of Valentine's Day next year.