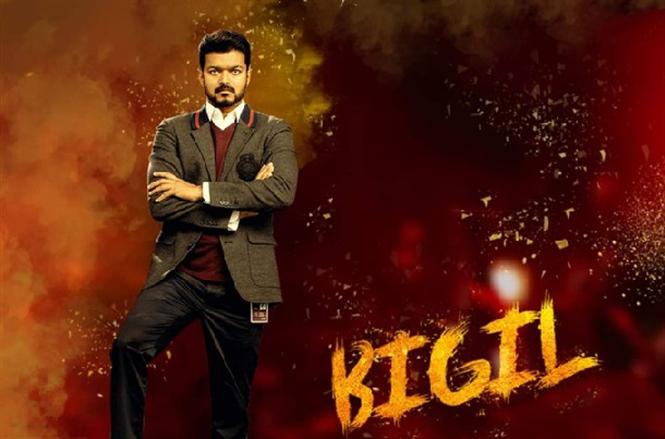 While fans await the highly anticipated Bigil teaser, an  announcement on which is expected soon, the budget of the Vijay starrer which was so far only speculated has been revealed by producer Archana Kalpathi of AGS Productions. In a recent interview, the producer confirmed that they have spent Rs. 180 Crores without interest on the Atlee directed sports-entertainer.

She also went on to justify the budget spent on a star power like Vijay by adding, "Usually when we do (produce) films, the business attached to it is a big tension. But this time (with Bigil), we didn't even have to approach anyone. All we did was focus on production and the business voluntarily came to us. When the time and the price suited us, the business kept going automatically."

Vijay being the most in-demand actor in Tamil cinema is not only proved by this but also by the record his film-related events break every-time they are aired on TV. The audio launch event of Bigil recently garnered a record 12.86 TRP (9,594,000 BARC Impressions), which was not only the highest for a Tamil programme this past weekend but also the highest for a Vijay-related event [The record was previously held by Sarkar with 12.31 TRP]