Comali director gets a Honda City car gifted by producer 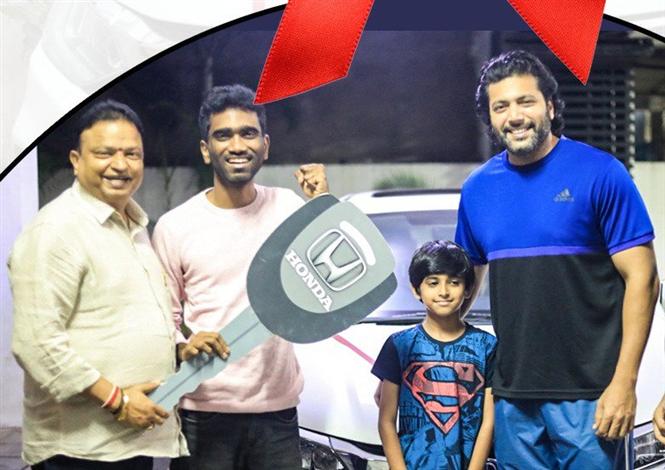 Filmmaker Pradeep Ranganathan, who is very much excited about the tremendous success of Jayam Ravi-Kajal Aggarwal starrer “Comali”, has been now gifted a luxurious high end Honda City car by his producer Dr. Ishari K Ganesh. In addition, the producer has gifted gold coins to everyone in the crew for the film is having a great box office run even during its 6th week.

Director Pradeep Ranganathan says that this is like a deleted scene from Comali, where he had missed to include one of the elements in the schooldays of 90s kids. The parents would promise on gifting them something valuable in case of getting good grades in their examinations. “Significantly, Dr Ishari K Ganesh sir, whom I consider like my father-figure has gifted me something that he never promised and I’m really happy about it.”

It is worth mentioning that the producer had done the same for Prabhu, director of his previous production “LKG” by gifting him a car and gold coins to the team members.