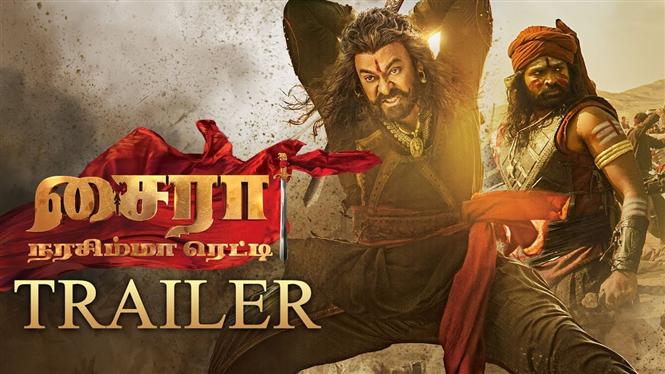 Sye Raa Narasimha Reddy is an upcoming high-budgeted epic biopic of Uyyalawada Narasimha Reddy, who is said to have fought the British invasion in the 18th century. The trailer of the movie which is produced by Telugu actor Ram Charan, was released recently and its Tamil version can be viewed above.

Starring an ensemble of Chiranjeevi, Nayanthara, Vijay Sethupathi, Amitabh Bachchan,Tamannaah and Kannada actor Kicha Sudeep among others, Sye Raa Narasimha Reddy is directed by Surender Reddy and has Kollywood's own Rathnavelu for camera and Sreekar Prasad for the edits.

The film hits theater screens on October 2, 2019 and Super Good Films is releasing the movie in Tamil.