Following Subashri death, Vijay, Suriya and Kamal has a request to Fans on banners 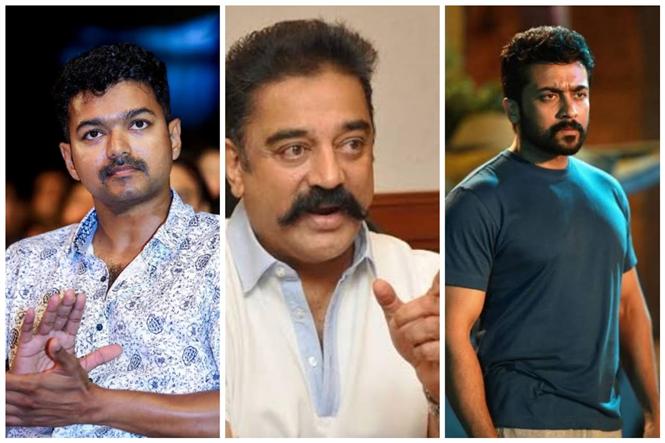 The unexpected demise of 23-yr old Subashri, who was killed in an accident on Thursday after a hoarding fell on her resulted in many political parties deciding to give up on the ‘hoarding and banner’ culture. Following this, the actors from Tamil film industry have personally insisted their fans and fan clubs not to indulge in such hazardous activities anymore.

Actor Vijay has sent message to each and every fan club located in Tamil Nadu and other places followed by Suriya conveying it to fans during the pre-release event of Kaappaan that was held last evening (September 14). Apparently, actor-turned-politician Kamal Haasan also made his humble request to fans during the last night Bigg Boss episode, asking not to get involved in such life-threatening act of erecting banners and hoardings for him.