"Did not oppose Article 370 scrapping, Only wanted a democratic manner " : Vijay Sethupathi on Jammu and Kashmir! 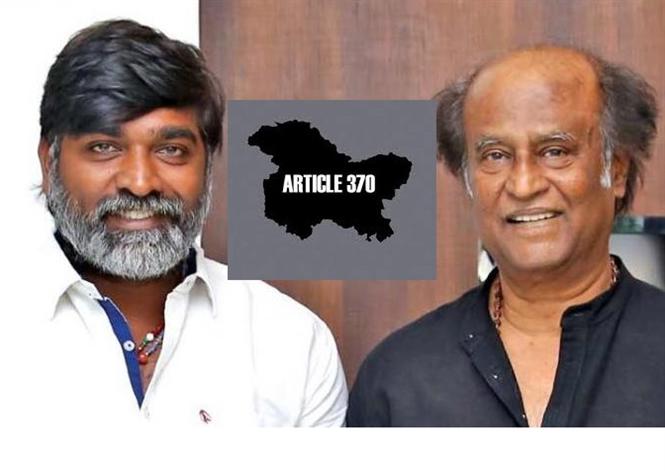 A few days ago Tamil actor Vijay Sethupathi gained nation-wide attention for his views on Article 370 being revoked from Jammu and Kashmir and the state being divided into two union territories. Sethupathi had slammed the NDA government’s move of 'ignoring what the Kashmiris really wanted', leading the media to pit him against Rajinikanth who incidentally had praised the government for the same.

Both Sethupathi and Rajini had supporters and opposers alike and now the former who has worked with Rajinikanth in a movie called Petta, has explained his stance further. Speaking to a Tamil magazine, Sethupathi opened up about receiving hate for his views on the Article 370 abrogation and this is what he had to say,

"Firstly, I did not oppose the abrogation of Article 370 in Jammu and Kashmir, what I said was my personal view. (Just like) What Rajinikanth said was his. I am not a man with big intelligence. All I said was this could have taken place in a democratic manner. Beyond this if you ask me whether i have political knowledge, I would have to say it is zero.

If you ask me then why are you expressing (political) views, I would say a common man has every right to express his views..I do not understand the hate being thrown at me when all i did was express my views as a common man."