Madhumitha gets exit after suicide attempt in Bigg Boss house? 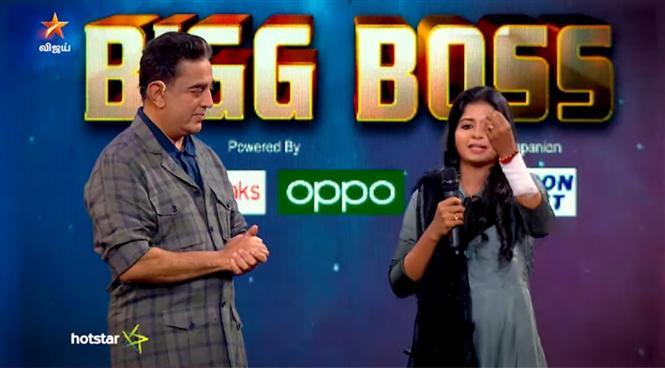 In an unexpected turn of events, Madhumitha has been evicted from the Bigg Boss House.  The latest promo from Bigg Boss shows shows Madhumitha having bandage on her forearm and Kamal Haasan asking what made her commit such a shocking act.  As Madhumitha tries to justify it, he says it would have been appreciable if she tried proving her point through non-violence.  We get to see Director Cheran expressing his grief over this appalling gesture of Madhu through ‘Agam TV’.

Well, this promo not alone offers a twist, but gives more space to think if Kamal Haasan will lose his coolness on the contestants inside the Bigg Boss House.

While everything was going fair enough for Madhumitha till last night episode, where she won the Captaincy task, it’s quite appalling to see such an exit from her.  Anyways as a saying goes ‘Visuals can be deceptive’, so could be the visual promos as well.

We need to wait and watch tonight’s show to know what the real picture is.