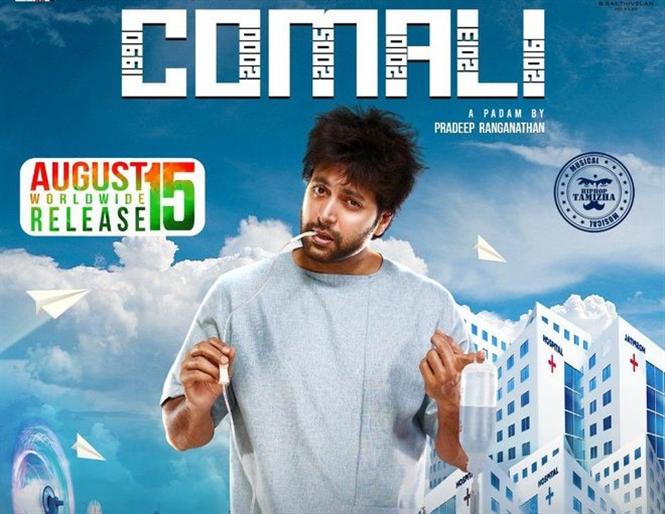 Jayam Ravi, Kajal Aggarwal, Samyukta Hegde starrer Comali which is directed by Pradeep Ranganathan and produced by Ishari Ganesh is all set to hit theater screens on August 15, 2019. Gnanavel Raja's Studio Green is presenting the film in Tamil Nadu which has raised concerns among the local distributors and theater owners of the Trichy, Thanjavur (TT) area.

Apparently Comali has been banned from releasing in the TT area unless Studio Green settles an amount. a local distributor of the film Mr. Local owes them. A distributor named GT has a default of Rs. 13 lakh to his name and theater owners in the TT area have asked Studio Green, original producers of Mr. Local to settle that amount. They have decided to not let Comali release until then.

Since this ordeal is affecting Vels Films International, original producers of the Jayam Ravi starrer who are in no way connected to the Mr. Local scenario, they have taken this issue up with the producers' council (TFPC). TFPC is now trying to mediate an amicable solution between TT area theater owners and Studio Green and have also decided to not release any movies in that area should things go awry.

Furthermore, Vels Films International feels that it is distributor G.T. whom the TT area theater owners should be contacting regarding the Rs. 13 lakh pending amount (and not Studio Green), especially since G.T. has released films like The Lion King and A1 without any hassle despite the money he owes them.