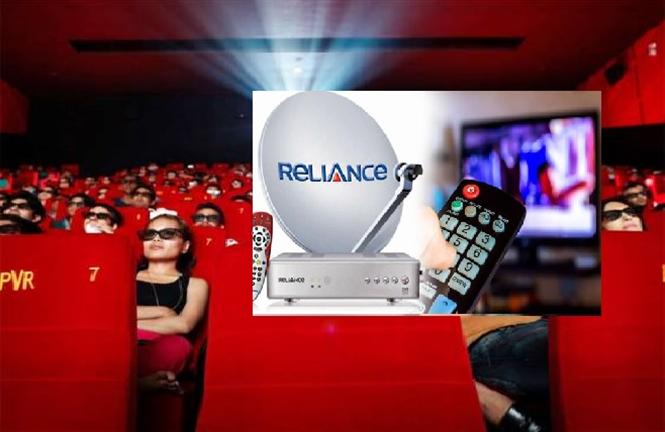 One of the many new offerings from Reliance which was announced a few days ago, is an updated Jio DTH / Jio set-top box service which proposes to bring in movies to homes on the first day of its release via their fiber-powered Jio FDFS plan. If one may recall, in 2013 when Kamal Haasan had tried to release his movie Vishwaroopam simultaneously on direct-to-home (DTH) television and in cinema halls, film distributors and theater owners threatened to boycott the movie as they were in complete opposition of the move. [Kamal Haasan eventually backtracked his plan]

They opined that such a move would kill the foot-falls in theaters and multiplexes, eventually putting an end to the business of cinema halls. A similar reaction has now been invoked from major multiplex players PVR and Inox over Reliance's proposed idea. While the multiplexes maintain that they do not have enough public information on the move, each of them have expressed concerns over the same.

"For decades, the theatrical release window has been a valuable model for exhibitors and producers alike. In India and globally, producers have respected the release windows and kept a sacrosanct gap between the theatrical release date & the date of release on all other platforms, i.e. DVD, DTH, TV, OTT etc.", said PVR in its official statement (read full version here) while INOX added,

"We would also like to point out that producers, distributors and multiplex owners in India have mutually agreed to an exclusive theatrical window of 8 weeks, between the theatrical release of a movie, and release on any other platform. This exclusive theatrical window is a model that is followed internationally, in order to ensure the robust financial viability of all the segments of the sector, and has been replicated in India, (complete statement here)"

Inox has also stated that Reliance's plan if comes into effect, will jeopardize the revenue stream for multiplexes, which adds upto 60-70 percent of domestic theatrical exhibition revenue.