Petromax is a family drama, says director of the Tamannaah starrer!

Following the title reveal poster that was unveiled yesterday, a first look poster of the Tamannaah starrer Petromax which is directed by Rohin Venkatesan of Adhey Kangal fame was revealed today. An official remake of the Telugu film Anando Brahma, Petromax is a horror story that revolves around a family.

Speaking about his movie, Rohin was recently quoted in the media as saying,“We have shot the film in Chennai and Karaikudi. This is a family drama and the story doesn’t go out of the house. Tamannaah plays a lovable daughter, and she also brings the horror and drama elements to the film, while the other four characters played by Munishkanth, Kaali Venkat, TSK and Sathyan work on the comedy,” 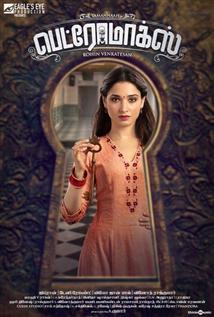