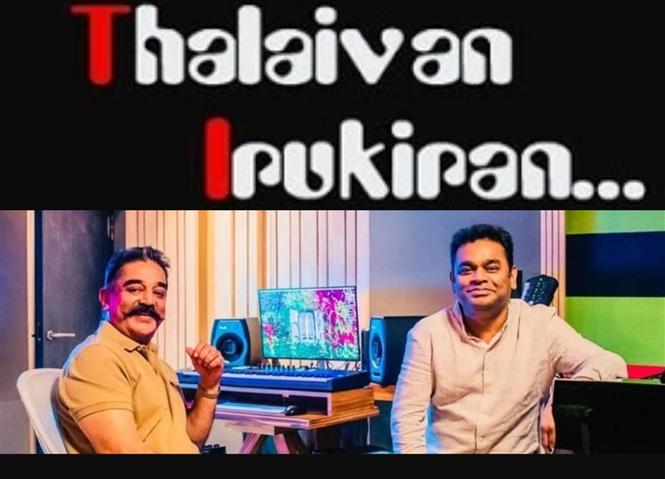 Last night actor Kamal Haasan confirmed that he is reviving his long-announced project Thalaivan Irukiraan, only now as Thalaivan Irukkindraan. When the film was first announced in 2015, it was reported that the team is keen on roping in A.R. Rahman as the composer and now, it is official that the Mozart of Madras will be composing for Haasan for the first time since their 2000 release Thenali.

Haasan who is expected to play the lead and direct Thalaivan Irukkindraan is said to be beginning this film in September, 2019 and release it by Summer of 2020. He will be shooting for this project alongside Indian 2, another big-budget movie he has in the pipe-line with Lyca Productions.

Raaj Kamal Films International (RKFI) is co-producing Thalaivan Irukkindraan which at the time of its original announcement was said to be a political thriller penned by Kamal Haasan for over 6 years. The actor had also said back then, “My character though not that of a conventional antagonist, would present a point of view that is far from ordinary.”