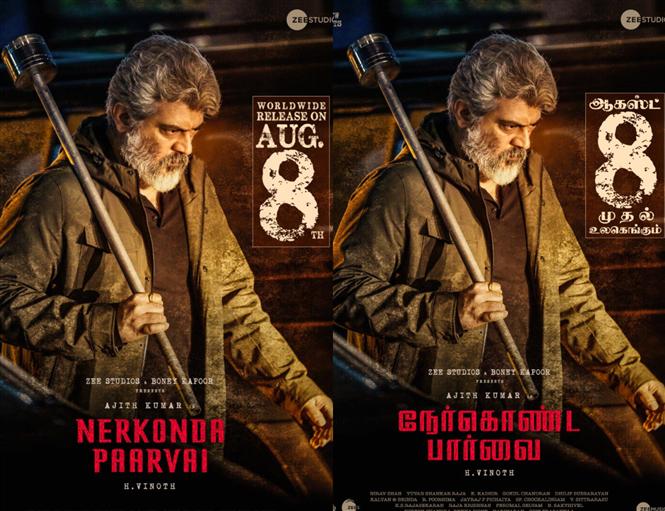 Ajith's Nerkonda Paarvai which was previously scheduled to release on August 10, 2019 will now release on an advanced date of August 8, 2019, announced the film's producer Boney Kapoor. The movie which is directed by H. Vinoth is produced by his Bay View Projects in association with Zee Studios International.

The movie is the Tamil remake of social thriller Pink and will see Ajith play a lawyer in it. The Kollywood version is expected to have changes in its screen-play suited to the taste of Ajith's fans and the Tamil audience.