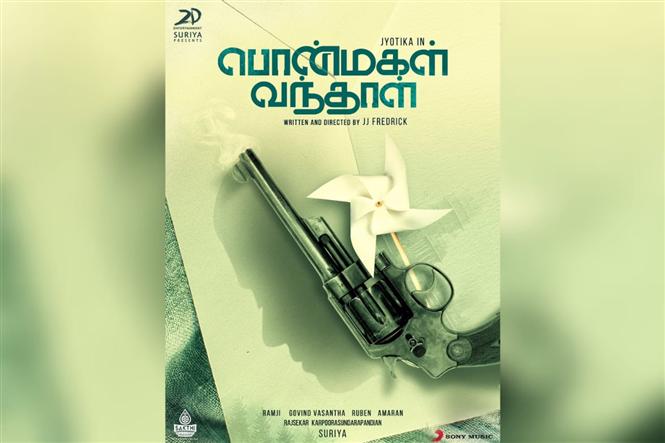 Jyotika, who has been basked in the glory of success over here recent release ‘Ratchasi’ has got her new film titled ‘Pon Magal Vandhaal’. The official announcement was made by actor Suriya's 2D Entertainment. JJ Fredrick is wielding megaphone for this film, which has actors K Bhagyaraj and Parthiepan appearing in important roles.

The technical team looks promising as it comprises of ‘96’ fame Govind Vasantha composing music and Ramji handling cinematography with Ruben as editor.