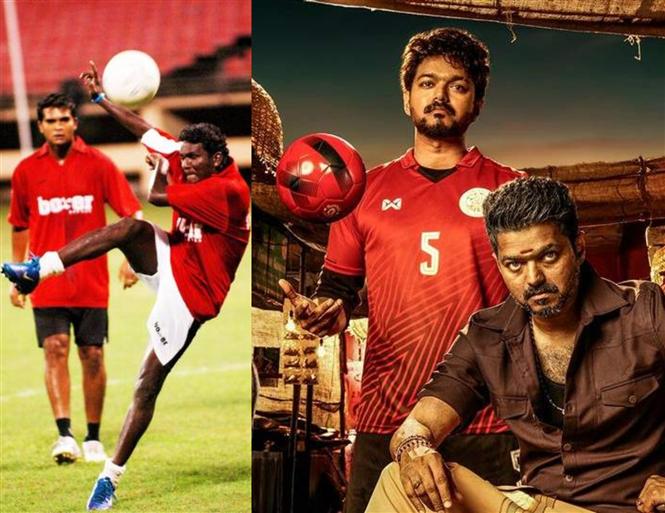 Keeping with the background of Vijay's upcoming Bigil which is a sports-entertainer that focuses on women's football in India, the film will feature former Indian football team captain and actor I.M. Vijayan say reports. Known as the ‘Black Buck’ within the football community, 50 year old Vijayan served as the captain of the Indian football team several times during the 90s and has acted in Tamil movies like Thimiru (2006) and Komban (2015) before.

It is being said that Vijayan's character in the film will travel alongside the father Vijay's character in the movie. Directed by Atlee, Bigil also also features actors Kathir, Amirtha Aiyer, Reba Monica John, and Indhuja Ravichandran as footballers and is scheduled for a Diwali release this year.