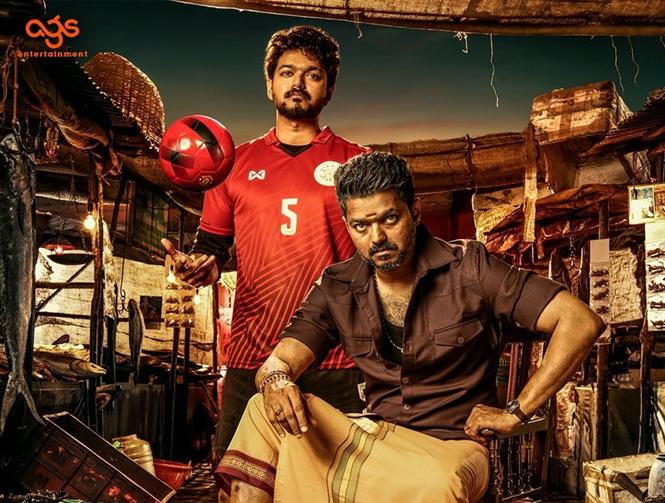 The highly anticipated title and first look of Vijay's upcoming sports drama is out now and the film which was so far referred to as Thalapathy 63 has been titled Bigil.

The poster is indicative of Vijay's double role in the film, with the elder one giving out vibes of a local lord and the younger clearly stating he is a football player. It also seems like Vijay might be appealing to the 'fishing community' once again (after Sura) for a fish-market can be spotted in the background. 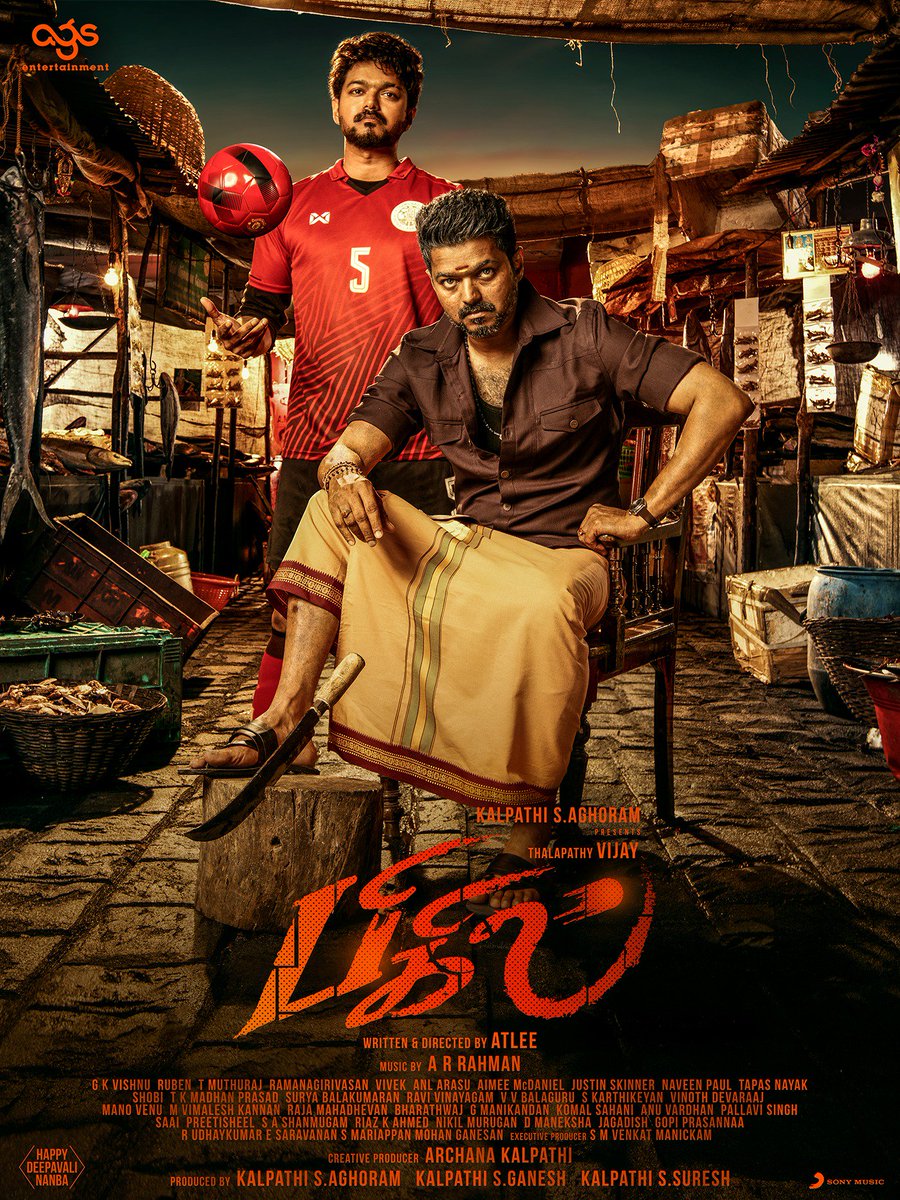