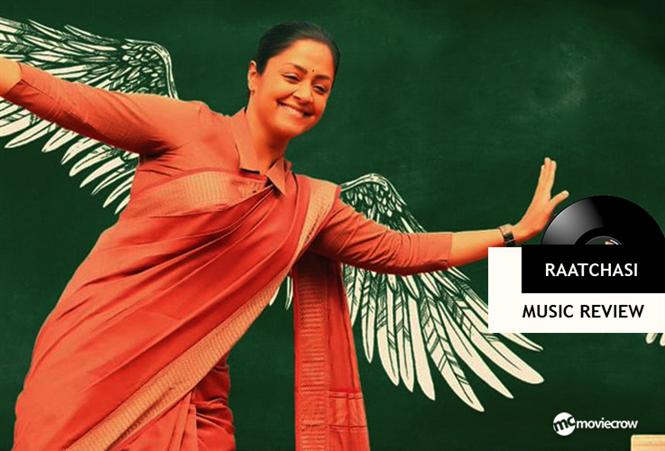 Raatchasi is an upcoming Tamil drama film directed by the debutant Sy Gowtham Raj with Jyothika in the lead. Sean Roldan composes music for the film after the splendid Mehandi Circus this year. Let's check out whether composer able to impress with this soundtrack or not.

Rekka Namakku is predictably buoyant fuelled by the optimistic lyrics from the director himself. Sean Roldan kept the arrangements adequately engaging, Thanks to Vijay's flute and Vikram Rozario's mellow percussions. Srinidhi steals the show with her brilliant rendition of the tune and one wishes that tune is more impactful.

Thadai Illai Odu's thumping anthemic tune gains immensely from Rahul Nambiar's spirited singing. Sean Roldan fills it with the screeching guitar and live drum sections which gel well with the Yugabarathi's lyrics. However, the rough edges in the tune make this one average stuff from the composer.

Nee En Anbanae is right out of Kalyani Nair/ Santosh Narayanan territory, the mellow tune backed by Sean Roldan's gentle guitar strums. The immersive tune which gets better in Charanam portions is adorned with effective arrangements especially lovely Sarod solos by Gowri Shankar. Brindha Sivakumar gets to croon the lovely tune and she aces the pensive tune brilliantly.

Siragame also falls in line with the Thadai Illai Ondru but fares better because of the slightly more engaging tune crooned by the composer himself supported by Ravi G. Andy's foot tapping rhythm works to the song's favour.

Verdict: After splendid Mehandi Circus, Sean Roldan's Raatchasi turns out to be predictable and lacks the punch one can expect from the composer. 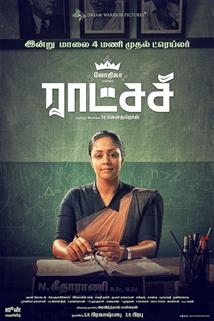