Confirmed: Thalapathy 63 First Look to be out for Vijay's Birthday! 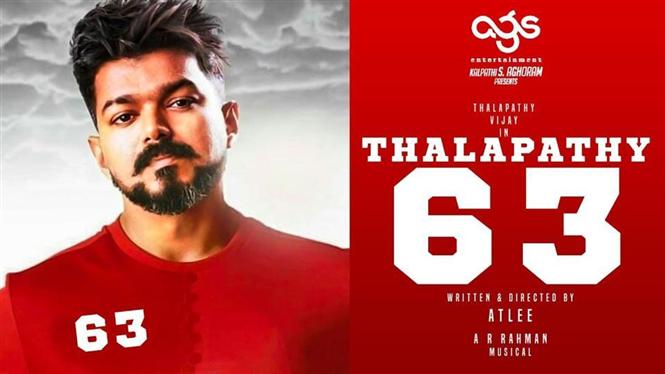 Confirming the news of Thalapathy 63's first look releasing for Vijay's birthday, the makers of his upcoming sports drama have announced that the title along with a new poster will be revealed at 6 PM on June 21, 2019.

Additionally, they will be releasing a second look poster the next day i.e. on June 22, 2019. 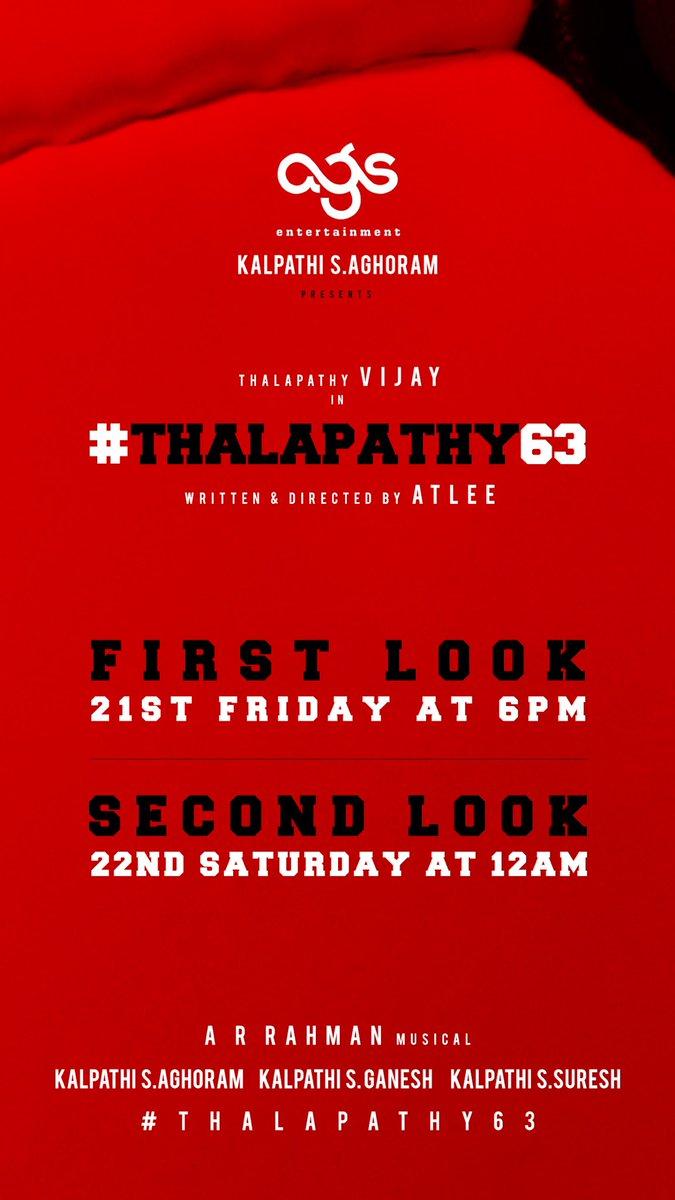 Directed by Atlee and also starring Nayanthara in the lead, Thalapathy 63 has Vijay playing a football coach and is about the events taking place in women's football community. The film is produced by AGS Entertainment and has A.R. Rahman for music.