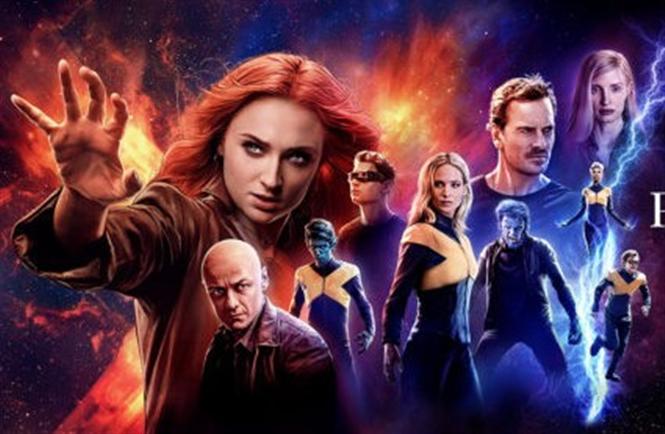 X Men Dark Phoenix review - Probably not the most spectacular outing for the usual X Men fans but nothing close to disappointing for the general audiences!

The X Men Series’ next installment film titled the Dark Phoenix, starring all of the favourite characters of the X Men family has something very distinct about it. In one simple word, it is the emotion that travels along the film from the first frame till the end and this factor has given the Dark Phoenix a different flavour. Has the film worked out as an engaging outing?

The very first shot is from the flashback that features Jean and her parents in a car accident induced by Jean’s special powers unintentionally. The moment we see such a realistic sequence to begin with, from a general audience point of view, you know you have come to a film which will have a story to tell and not leave the entire run-time for the fans of the franchise.

Centered around Jean’s character and how she is hit by a solar flare during a rescue space mission that goes completely wrong, the entire chunk has to be shouldered by actress Sophie Turner. She puts up an impressive performance that is well supported by top-class performances by the characters Raven, Xavier, Kurt and Hank. Professor X, who raises Jean from her childhood, knows her special powers and proves why he is the captain of the ship. Another mature outing for James McAvoy as professor X.

The majority of the plot revolves around how the tragic mutation caused due to the solar flare affects Jean’s life and everyone else around her including the X Men squad, policemen, public,etc. The best and the worst part about this is the fact that Jean does not hold control over what is happening to her and it is more like watching a person with split personality bestowed with super powers. Sounds dangerous right? She keeps hearing voices and gets repercussions from the past that leads her life to complete commotion and hell on earth.

This one plot point itself, is good enough for a film but the Dark Phoenix tries to establish a lot of other layers through the course of the film. There is a tension between Raven and Professor X, Hank and Professor X, Jean and her father and even Jean with herself. To add to this, there are also the evil forces waiting to use Jean to destroy the world like in all other super hero films and this one factor seemed like a liberty that the makers have gone in for to make things more interesting. Though it has worked here and there, there is much more to the given plot itself that could have been exploited.

Director Simon Kinberg has to be praised for the dialogues as they are a big positive to the film. Be it the subtle or the intense emotional scenes, dialogues are on point to up the game. Apart from the stellar performances, the technical aspects are also pretty good. Some really good visuals both in the space sequence as well as in the train fight sequence make the cinematography by Mauro and edit by Lee Smith departments flourish. Hans Zimmer, the very name is enough to tell you what music is about and he is at his usual best in the flick.

The most attractive USP of this X Men film is the 10 minute long train fight sequence. This is exactly why you pay to watch this film. The rush, emotions, agony, sacrifice and the fact that the X Men come together to oppose the evil forces and save Jean at this juncture in the train, has worked out perfectly for the film’s latter half. Even Erik played by Michael Fassbender appears in this half and is a treat to watch for his natural yet subtle acting. United they stand and that is what this portion is all about.

Though there are a few facets that could have been worked on better, to satisfy the fans of X Men, the overall picture from a general audience perspective is quite good. There are a lot of high points and impactful scenes with very less to complain about, considering this as a stand alone picture. Be it the bonds between Jean and professor X or between Raven and Hank (Beast), there is quite some cake for those who binge on sentiments and action. Even Erik's character contributes to this factor and the core idea of the film which is based on tragedy and sacrifice for a friend in need, has definitely provided for an absorbing and moving film that is worth the watch!

Bottomline: X Men’s Dark Phoenix is an emotionally binding film, that is predominantly effective and engaging for the majority!