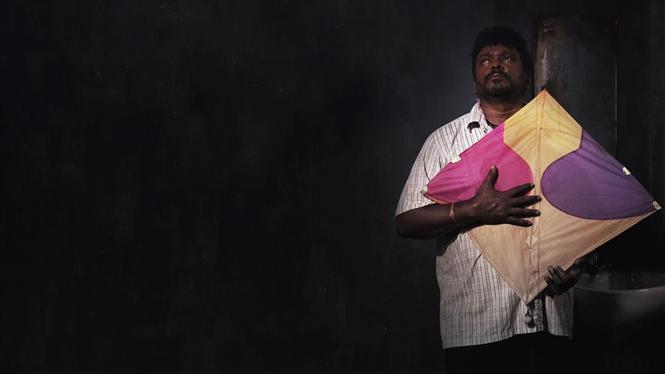 Goes a line in 'Kulirudhaa pulla?', a solo track by Santhosh Narayanan from Parthiban's solo act film 'Oththa Seruppu'. The song is hauntingly painful, cold and cries out a million yearning with Sid Sriram's vocals. The abstract lyrics along with the minimalistic choice of orchestration and instruments & backing vocals by Sangeetha Karuppaih takes it increasingly personal and intimate.

The constant sense of conforming, desperation to know whether it all matters to her.. is what makes this song the stinging hook of pain it is! Vivek's organic blend of unadulterated Tamil words and the touch of a colloquial, folk slang etches a beautiful rural flavour to the number.

The song does gets into cheekily romantic brushings like 'Vaasam konjam pudichukkuven.. Kaadhu madal kadichukkuven..' before it opens into the theme bit and pepping up into an orchestral interlude. The violins unanimously scream melancholy and gets washed away beneath a hush of thunderstorm as the charanam opens.

However, to me.. the stunner part of this song is at its closure. Where you hear Parthiban murmering the same lyric along with Sid singing it. The mix is spine chillingly an extreme showcase of a spectrum indicating that this film is amalgamating a thriller yet mood drama in it? Let's wait till the film is out! But for now, it is no doubt that this is quite a masterwork from the combo of SaNa and Vivek!

Bottomline: Santhosh Narayanan's serene tune for Parthiban, set in the rhythm of pain, heartbreak and melancholy with a strikingly simple yet stellar poetry by Vivek is tremendously blown up by Sid Sriram singing it straight out of his heart! 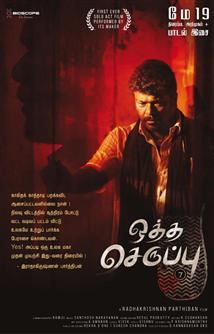